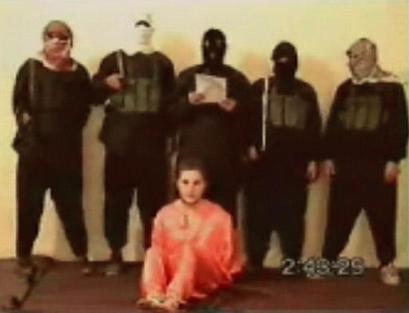 On this day in 1794, French Revolutionary Robespierre proposes that the new state religion of the French First Republic be the Illuminati-inspired Cult of the Supreme Being. It fails to catch on.

On this day in the year 1824, composer Ludwig von Beethoven's magnificent 9th (and final) Symphony - one of the only world-historic pieces of music - is performed for first time in front of an audience. The vocal section uses Freidrich Schiller's poem Ode To Joy, which is jam-packed with esoteric allusions that are ripe for exploitation as an expression of the beauties and charms of collectivism, which makes its eventual use as the "national anthem" of the European Union both amusing and somewhat troubling. Stanley Kubrick proved that he understood the essential duality of this piece of music - as well as the double-edged nature of genius in general - by highlighting it in an incredibly ironic way in his satirical sf masterpiece Clockwork Orange.

On this day in 1896, one of the first and most prolific and inventive serial killers of all time is put to death for only a handful of the crimes he committed over a lifetime of almost unbelievable wickedness. His name was Herman Webster Mudgett, alias Doctor Henry Howard Holmes, and he built his own private "Murder Castle" in Chicago during the 1893 World Columbian Exposition - itself an event rife with parapolitical and paracultural over-and-undertones.

On this day in 1952, the concept of the integrated circuit, also known as the "monolithic integrated circuit" and the "microchip" - the basis for all modern computing technology - is first presented to the public by Geoffrey W.A. Dummer. Culturally, economically and historically, it's a game-changer on pretty much every imaginable level.

On this day in 1999, the British Antarctic Survey reports that the sky fell by no less than five miles over the preceding forty year period, as the upper limit of the ionosphere - beyond which lies the vacuum of space - collapsed from 190 to 185 miles altitude. Researchers at the time pointed to this startling phenomenon as "an important environmental warning sign," but yer old pal Jerky hasn't heard any more about it since the report was released. What gives?!

On this day in 2004, in one of the most heinous of many heinous landmarks that we collectively had to endure in the 'naughties, the sadistic and brutal beheading of American businessman Nick Berg is recorded on videotape and released on the Internet for all the world to see. I present to you an editorial that I wrote on the subject of the Berg conspiracy theories, reprinted now at my Useless Eater blog for archival purposes. Also reprinted is one of my best editorials (if I do say so myself), titled The Paradox of Polar Bears. It also touches on Berg's murder, but for much different reasons. I'd suggest you "enjoy", but somehow that just doesn't seem right in this case.
Posted by Jerky LeBoeuf at 3:00 AM