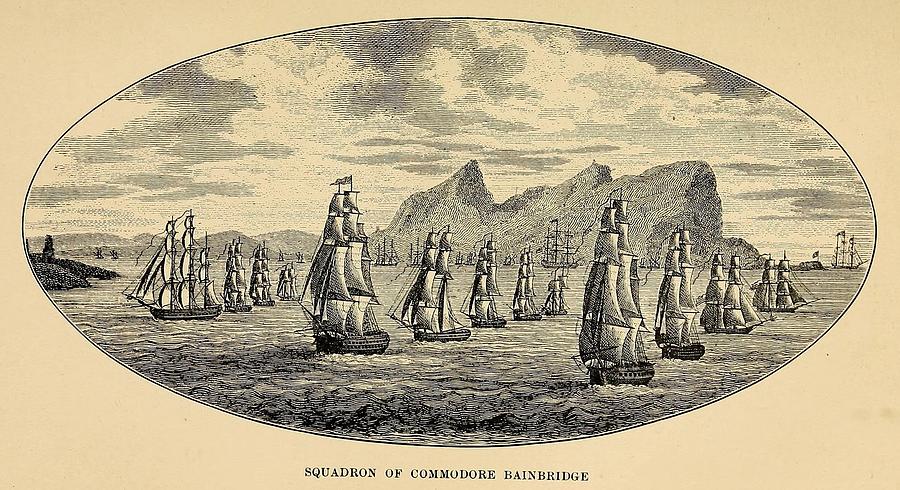 On this day in 1774, Louis XVI becomes King of France, with Marie Antoinette as his Queen. And they both live happily ever after.

On this day in 1801, the Barbary pirates of Tripoli declare war on the United States of America, thereby kicking off the First Barbary War. It was the first war waged by the United States beyond it's national boundary-lines. Now you know where they get those lyrics: "From the Halls of Montezuma / To the shores of Trip-oh-leeee!" in the Marines 'hymn'.

On this day in the year 1924, J Edgar Hoover is appointed head of the first head of the FBI, a title he would retain for the rest of his very, very long life. In his 48 years as head of the nation's most powerful law enforcement office, he would break every law imaginable and prove himself to be as shameless as he was without conscience. One of the touchstone figures of American History, and a truly evil man.

On this day in 1941, Hitler's second-in-command Rudolf Hess parachutes into Scotland in order to try and negotiate a peace deal between the United Kingdom and Nazi Germany. He was arrested, put on trial and then held for decades at Spandau Prison, until he was 93 years old, at which point he hung himself in his cell... or so the official story goes. Many unanswered questions surround this oddest of lose ends from World War II.

On this day in 1954, Bill Haley & His Comets release Rock Around the Clock, which goes on to become the first rock and roll record to reach number one on the Billboard charts, beginning a trend that wouldn't die until... oh... I'd say the mid-to-late 90's or so.
***

On this day in 1994, former "terrorist" Nelson Mandela is inaugurated as South Africa's first black president. And they all lived happily ever after.

On this day in 2005, a hand grenade thrown by Vladimir Arutinian lands about 65 feet from U.S. President George W. Bush while he's giving a speech to a crowd in Tbilisi, Georgia. The grenade fails to go off thanks to the fact that it was wrapped in a red hanky which interfered with its mechanism, and Bush wasn't made aware of the "attack" until hours after the event. Arutinian, who managed to kill Georgia's head of the Interior Ministry's counterintelligence department in a shoot-out before being arrested, sewed his mouth shut for part of his trial.
Posted by Jerky LeBoeuf at 3:00 AM