WHO NEEDS HELL? WE ALREADY HAVE AFRICA


...the people it targets have reportedly committed: mass rape (of men and women, by rebels and government soldiers) often in front of communities and families, or forcing people to rape each other, as a weapon of war; inventive torture (forcing men to copulate with holes in the ground lined with razor blades, forcing women to eat excrement or flesh of relatives); casual and varied forms of murder (including firing weapons up women's vaginas); use of child soldiers; and ethnic cleansing.

It's almost as though The Powers That Be are engaged in some sort of generation-spanning, continent-wide genocidal clearing away of the planet's most resource rich real estate or something. Of course, you'd have to be absolutely bonkers to believe anything so... so... downright conspiratorial as that.

Anyhoo, you can read the rest of this particular collection of atrocities, here. Not that it'll help, or anything.
Posted by Jerky LeBoeuf at 11:11 PM No comments:

RIVAL SATANIC CHURCHES DUKE IT OUT IN DETROIT! 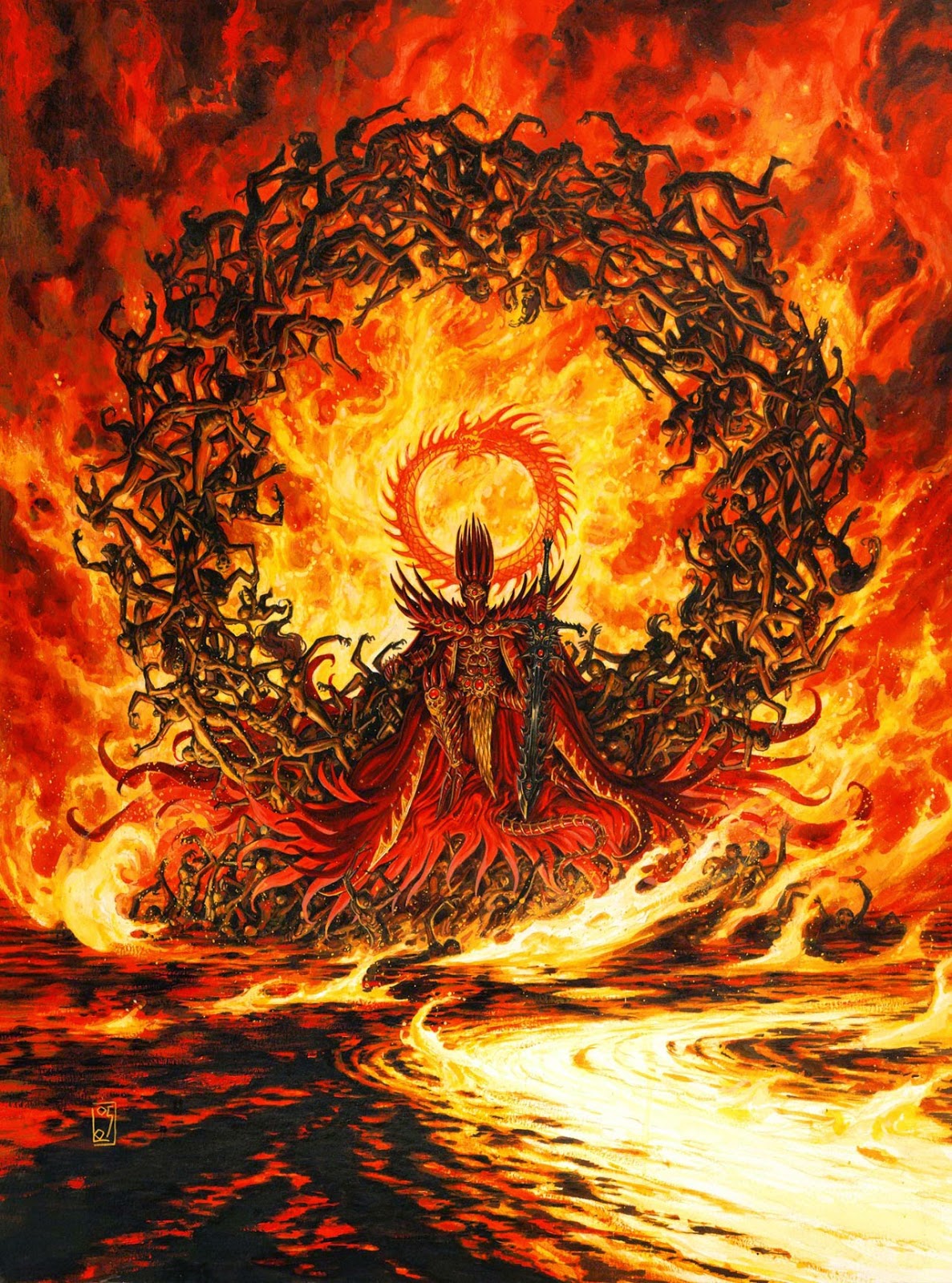 In a development reminiscent of the feud between the Judean People's Front and the People's Front of Judea in Monty Python's classic satire The Life of Brian, two rival "Satanic" churches laying claim to the post-Apocalyptic necropolis of Detroit - the Satanic Temple and the Temples of Satan - are engaged in a public hissy fit over a number of doctrinal controversies. In particular, representatives for the Temples of Satan contend that the Satanic Temple are just a bunch of atheistic poseurs who have unfairly co-opted the bad-ass iconography that most of the world at large rightly associates with their Main Man, the Great Deceiver Himself, SATAN!


"They are not Satanists," Cindy Fleming of the Oxford, Mich.-based Temples of Satan told the Free Press regarding the Satanic Temple. "If they want to speak on behalf of a political agenda, they need to do it as the atheists they are. They do not need to use a religion. They don’t believe in anything, any religion — so why are they using a religion to do it? That is hypocritical, it’s an oxymoron and it’s not even credible."

In other Satanic news, the Orlando Weekly reports that "the Satanic Temple announced it will distribute literature in Florida public schools in response to the school board's decision to allow Evangelical materials to be distributed on school grounds."

Of course, there's no way of knowing which of these "churches" the Devil prefers... but it's pretty clear which of them is Number One as far as getting their "bad works" written about in the mainstream media.

A NEW AND MORE ACCURATE VISUALIZATION OF OUR SOLAR SYSTEM

Apparently, the way in which we modern day folk visualize the Solar System is all ass-backwards. At least, according to this here website...

While [it] isn’t entirely wrong, it’s omitting one very important fact. The sun isn’t stationary. The sun is actually travelling at extremely fast speeds, upward of 828,000 km/hr, or 514,000 miles an hour.
Our whole Solar System is orbiting the Milky Way Galaxy. In fact it takes 220-Million Years for the Sun to orbit our Galaxy.
Knowing this to be true, our visual model of the Solar System needs to change, and has been inaccurate this whole time. In fact, our planets are barreling through space with the sun, and literally creating a giant Cosmic DNA Helix, and a vortex similar to our Milky Way Galaxy.

Check out this groovy video for a peek at what's really going down in the Great Big Nothing.

Posted by Jerky LeBoeuf at 6:31 PM No comments:

Have you heard the story about the Connecticut couple who are alleging that a "death-obsessed martyrdom cult" fronted by a foursome of high school teachers snared two of their three daughters in its dastardly clutches before they realized something sinister was up?

According to the Daily Mail:


A couple have claimed that their three daughters were indoctrinated into a religious cult by their school teachers leaving them with suicidal thoughts and alienated from their loving family, according to a new lawsuit.

The couple, from Avon, Connecticut, filed the civil lawsuit in federal court on Monday against the Avon school district, three teachers and a guidance counselor at Avon High School and Wellesley College in Massachusetts.

The parents alleged that their older daughters, now aged 22 and 19, became 'reclusive, secretive and distant' after they began taking Spanish classes at Avon High.

You know, it pains me to send eyeballs their way, but after hours of fruitless searching, it turns out the Daily Mail rundown of this perplexing case is the most complete and thorough coverage that I have so far been able to find. I urge you to read the entire story. It's really quite fascinating, and I'm not quite sure what to make of it.

In fact, I am so personally intrigued that I will be making my own inquiries in the coming days, and reporting on the results in this very blog. So keep your eyes peeled!
Posted by Jerky LeBoeuf at 6:35 PM No comments:

From ZapOracle comes an online video that is well worth watching, no matter what side of the paracultural divide you currently find yourself living in. He explains...


The conspiratist world view—the belief that a unified cabal of elitists is manipulating world events, mind controlling the population,that the main stream media is nothing but lies and that we already live in a police state and a New World Order, etc. has become ubiquitous in global culture. It is the premise of so many Facebook posts, viral memes, websites, radio shows and movies. It transcends red and blue and is as likely to be heard amongst the far right and the far left. It is a perspective widely held in Europe, Central and South America, the Arab world, Australia, New Zealand and almost any place you can think of. Typically, the purveyors of this point of view think they are daring revolutionaries waking up the sheeple, etc. and don’t seem to notice that they are actually just one more of a vast and growing multitude who hold this perspective. Many of these people are close friends of mine. My challenge to them is to listen to this talk and consider whether this worldview actually represents an awakening rather than a distorted perspective riddled with problematic assumptions and reality testing issues.

Here's the video. I urge you to watch the whole thing and really try to engage with the concepts brought up therein.

Posted by Jerky LeBoeuf at 3:38 PM No comments:

Intriguing and somewhat troubling news has emerged from the world of mind control science. According to this report in Mother Jones...


In experiments on mice, scientists rewired the circuits of the brain and changed the animals' bad memories into good ones. The rewriting of the memory wasn't done with drugs but by using light to control the activity of brain cells. While science is a long way from achieving a similar feat in people, it adds to a body of research that is starting to uncover the physiological basis of memory.

Oh, and just in case you were wondering about the most obvious question that the above seems to raise, the answer is...


The researchers said they were able to do the opposite as well—change a pleasurable memory in mice into one associated with fear.