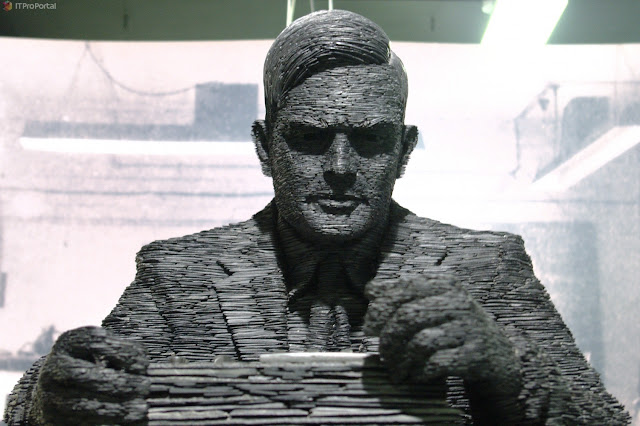 On this day in 585 BC, while Alyattes is fighting Cyaxares at the Battle of Halys, a solar eclipse occurs, just as predicted by Greek philosopher Thales. This is one of the so-called "cardinal dates" from which the dates of other occurrences in Ancient history can be accurately calculated.

On this day in 1503, a Treaty of Everlasting Peace between Scotland and England is signed to commemorate the wedding of James IV of Scotland and Margaret Tudor. This peace lasts all of ten long years.

On this day in 1936, philosopher Alan Turing submits his thesis, On Computable Numbers, for publication. It's a pretty mind-blowing piece of work, not meant for the layman.

On this day in 1964, the Palestine Liberation Organization, more popularly known as the PLO, is formed in Palestine/Israel. It is recognized as the "sole legitimate representative of the Palestinian people" by the United Nations and over 100 states with which it holds diplomatic relations, and has enjoyed observer status at the UN since 1974. The PLO was considered a terrorist organization by the United States and Israel until the Madrid Conference in 1991, when they recognized Israel's right to exist in peace in 1993 and rejected violence and terrorism. In response, Israel officially recognized them as a legitimate representative of the Palestinian people.

On this day in 1998, beloved actor, comedian and artist Phil Hartman is killed in his sleep by his wife Brynn Omdahl, who then turns the gun on herself. Their two children were alone in the house with them at the time. Anti-depressant medication was implicated.
Posted by Jerky LeBoeuf at 3:00 AM