On this day in 1919, the Curtiss NC-4 "flying boat" aircraft arrives in Lisbon, Portugal, completing the first-ever transatlantic flight. It took 19 days, including time for numerous repairs and for crewmen's rest, with stops along the way in Nova Scotia, Newfoundland, and the Azores Islands. This accomplishment was unfortunately eclipsed in minds of the public by the first nonstop transatlantic flight, made by British Royal Air Force pilots John Alcock and Arthur Whitten Brown, two weeks later.

On this day in 1962, an out-of-control garbage dump incineration sets an abandoned coal mine ablaze beneath the town of Centralia, Pennsylvania. That fire still burns, to this very day. 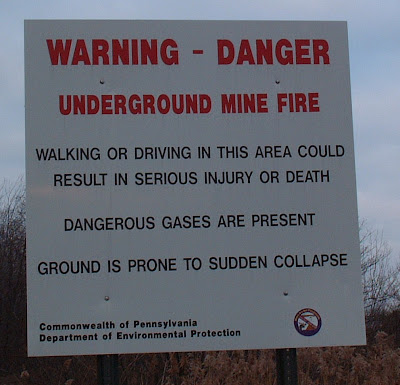 On this day in 1997, the U.S. Supreme Court rules that Paula Jones can pursue her sexual harassment lawsuit against President  Bill Clinton while he is still in office. Considering the implications, it is their second worse decision of the past 30 years, surpassed only by their decision in Bush v. Gore, 2000.
Posted by Jerky LeBoeuf at 3:00 AM