On this day in 1536, England's Queen Anne Boleyn - consort to King Henry VIII (who destroyed the Catholic Church in England just to be with her), and mother of the woman who would go on to become the hugely influential Queen Elizabeth I (last of England's Tudor royals) - is arrested and imprisoned in the Tower of London on charges of adultery, incest, treason and witchcraft. She would be found guilty of all charges and beheaded 19 days later. Ah... fickle fate! 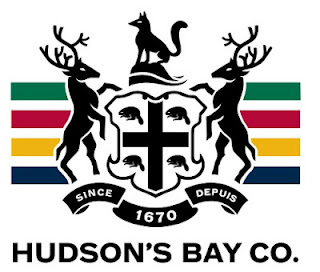 On this day in 1808, the people of Madrid rise up in rebellion against French occupation, prompting Goya to memorialize the event in his painting The Second of May 1808. 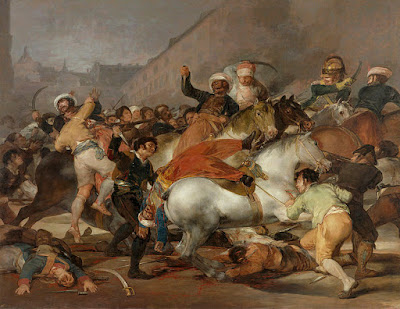 ***
On this day in 1816, German/Belgian royal Léopold de Saxe-Coburg marries Princess Charlotte Augusta of Wales, thus initiating the "royal" Saxe-Coburg Gotha bloodline - name-changed to Windsor in England around the time of the Great War, due to anti-German sentiment - that has ruled much of the "free" world over the last century-and-a-half.

On this day in 1933, Adolf Hitler bans trade unions in Germany.

On this day, not one but two ultra-right-wing American lunatics kick the bucket. In 1957, Senator Joe McCarthy, of Red Scare II infamy, dies of multiple health problems exacerbated by alcohol and general mean spiritedness. In 1972, J. Edgar Hoover - whose abuses of power make Joe McCarthy's seem almost adorable by comparison - dies when his own shriveled black heart finally realizes exactly the type of vile creature its beats had helped to sustain over the years before giving up in disgust. Oh, and by the way, contrary to popular legend, from Little Rock to organized crime, he also pretty much sucked at his job.

On this day in 1998, the European Central Bank is founded in Brussels in order to define and execute the European Union's monetary policy. So far, it seems to be working out just fine.

On this day in 2000, President Bill Clinton announces that super-accurate GPS technology would no longer be restricted to the United States military, paving the way for some very interesting and useful consumer technology... as well as the allowing for the propagation of a technology that will eventually facilitate the more perfect tracking of pretty much every single citizen in our rapidly evolving Surveillance State. 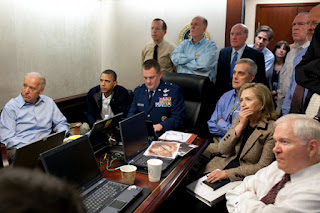 And, finally, on this day in 2011, Americans celebrate Mission Accomplished Day – Part II when President Barack Obama announces that Osama bin Laden, the evil genius mastermind behind the terrorist attacks of September 11, 2001, had been found, then killed, in full-throttle action-movie style by SEAL Team Six in Abbottabad, Pakistan! Of course, he couldn't show us Osama's corpse, because it was dumped at sea in an undisclosed location, in accordance with some kind of Muslim religious doctrine that nobody's ever heard of before. And of course, they couldn't show us any photographic evidence of his death, because that would have been disrespectful to one of the worst alleged mass-murderers in the history of mass-murder... right? I mean, it's not like there's anything fishy about all this... right? Right?! By the way, there is one group that performs burials at sea for "dishonored enemies"... Freemasons! Trying to find a link to back this up, but all Google can find is a song called "Burial at Sea" by some shitty band called The Secret Lives of Freemasons. Interesting how that works out, idnit?
Posted by Jerky LeBoeuf at 3:00 AM