On this day in 1989, the Dalai Lama is awarded the Nobel Peace Prize in recognition, I suppose, of his complete and utter failure to get the Chinese out of Tibet. Or maybe it was to reward him for the "nonviolent" way in which he fled the Chinese invasion in 1959. Either way, he's still a guy in a skirt who thinks he's got the ghosts of the last 13 Dalai Lamas inside him.

Acid-head Herbert Mullin was terrified that a monster earthquake was about to send California sliding into the Pacific Ocean as a sort of cosmic retribution for America's crimes during the Vietnam War. So, in order to prevent this monster quake, Mullin did the only thing he believed might make a difference… he began making human sacrifices! The fucked-up fruit-cake butchered his first of thirteen victims on this day in the year 1972. 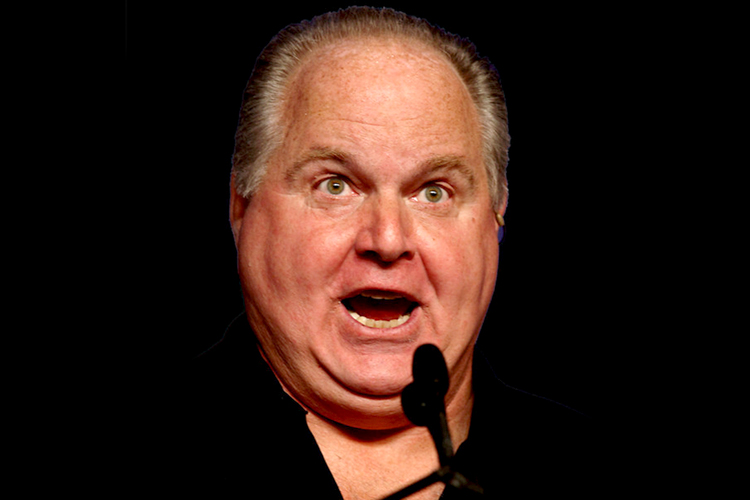 Eight years ago around this time, conservative multimedia titan Rush Limbaugh was having a very bad week. It all started on ESPN’s Sunday NFL Countdown, where he said of Philadelphia Eagles quarterback Donovan McNabb: "I think what we've had here is a little social concern in the NFL. The media has been very desirous that a black quarterback do well. There is a little hope invested in McNabb, and he got a lot of credit for the performance of this team that he didn't deserve."

Within hours of Rush making the above statement, a number of sports figures, journalists and political pundits were taking Rush to task for injecting race into a sports show. Some people called on Rush to apologize. A few even called on ESPN to fire him. Simultaneously, conservative commentators defended their point man and standard-bearer. Their massive rhetorical counter-assault was truly a wonder to behold, as the usual gaggle of billionaire-subsidized conservative establishment bigots and racists came forward to assure their racist, bigoted constituency that Rush’s statement in no way meant that they had to admit that he was a bigot or a racist.

And so, thanks to the ruckus generated by his big frickin' mouth, the nation's eyes were once again on Rush Limbaugh, which is probably exactly what he wanted. Unfortunately for him, fate (and the editors of the National Enquirer) had been saving up a big steaming load of Karma to drop on top of his vile shit-bucket of a head.

Within a calendar day of the start of his troubles, the world learned that Rush Limbaugh - fire-breathing law-and-order pundit, big backer of the Drug War and "mandatory minimum" laws - was a pill-popping opiate junkie. Thus was explained his "mysterious" deafness, a common side effect of Rush's particular brand of drug abuse. According to Florida authorities, the Big Talker spent hundreds of thousands of dollars on tens of thousands of mind-scrambling pain pills in a few short years.


In short order, ESPN fired him, and Limbaugh commenced to whining. Apparently, none of his problems were his fault. He made himself a martyr in his own mind - live, before an audience of millions - ridiculously using his show to insinuate that he would be thrown in jail over what he said about McNabb.

And speaking of jail, the fact that Limbaugh has never had to pay any kind of price for his crimes really chaps yer old pal Jerky's ass.
Posted by Jerky LeBoeuf at 4:00 AM