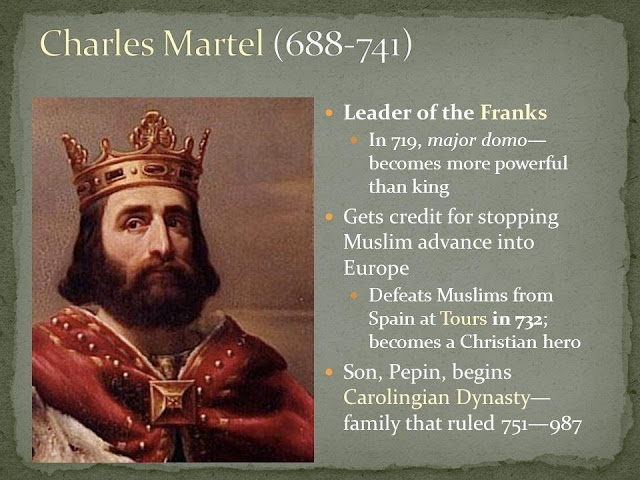 On this day in 680, Hussain bin Ali, the grandson of the Prophet Muhammad, is decapitated by forces under Caliph Yazid I. This is commemorated by Muslims as "Aashurah".

On this day in 732, near Poitiers, France, the leader of the Franks, Charles Martel and his men, defeat a large army of Moors, stopping the Muslim faith from spreading into Western Europe. The governor of Cordoba, Abdul Rahman Al Ghafiqi, is killed during the battle. It was probably the greatest (and last) great, world-historic French military victory.

On this day in 1580, after a three-day siege, the English Army beheads over 600 Papal soldiers and civilians at Dún an Óir, Ireland. Freaking English, man.

On this day in 1888, a plucky bunch of non-drinkers set off on a "teetotalers excursion" to prove that you don't have to imbibe to have a crackin' good time! Unfortunately, their train crashed in Mud Run, Pennsylvania, killing 64. Many of the survivors become alcoholics.

On this day in 1928, Chiang Kai-Shek becomes Chairman of the Republic of China. Mao Zedong has a little something to say about that, however.

On this day in 1970, in Canada's French-speaking province of Quebec, the Quiet Revolution gets noisy as a militant French separatist group - the FLQ - kidnaps Quebec labor minister Pierre Laporte. After a series of bombings, armed robberies and the earlier kidnapping of a British trade commissioner, LaPorte's kidnapping was the last straw for Prime Minister Pierre Trudeau, who proclaimed the U.S.A.P.A.T.R.I.O.T.A.C.T.-style War Measures Act, under which the FLQ was banned, civil liberties suspended, and hundreds of French separatists taken into custody and held without charges. But it was all for naught, as LaPorte's corpse was found in the trunk of a car near a Quebec airport eight days later. According to a stripper yer old pal Jerky once spent way too much time and money on, the bastards had drowned him in cheese curds and thick, brown chicken gravy.

On this day in 1973, Vice President of the United States Spiro Agnew resigns after being charged with federal income tax evasion.

On this day in 1999, self-declared King of PopTM Micheal "Wacko Jacko" Jackson divorces his incubator-for-hire - and former nurse - Debbie Rowe, citing irreconcilable differences... which is lawyer talk for "she didn't have a penis, and she wasn't ten years old." During their three years of wedded bliss, Jacko got Rowe to squeeze out two children for him to add to his collection: one manchild named Prince, and one womanchild named Paris. It is currently unknown exactly how much money Rowe was paid for the rental of her uterus, but it was probably a pretty good wad o'cash.
Posted by Jerky LeBoeuf at 4:00 AM