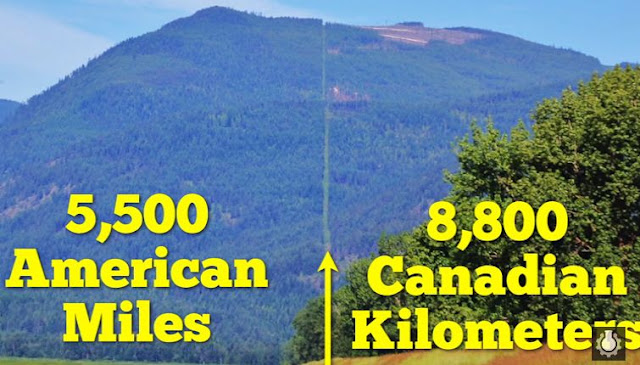 On this day in 1818, the Convention of 1818 signed between the United States and the United Kingdom which, among other things, settled the Canada/United States border on the 49th parallel for most of its length.

On this day in 1944, liquid natural gas leaks from storage tanks in Cleveland, then explodes; the explosion and resulting fire level 30 blocks and kill 130. Ka-freaking-BOOM, muddafuggaz.

On this day in 1947, the House Un-American Activities Committee begins its investigation into Communist infiltration of Hollywood, resulting in a blacklist that prevents some from working in the industry for years. It would take the combined forces of Stanley Kubrick, Kirk Douglas and time (over a decade) before the blacklist was smashed for good when formerly untouchable writer Dalton Trumbo was hired to pen the script for the decidedly "liberal" sword-and-sandal epic Spartacus.

On this day in 1968, former First Lady Jacqueline Kennedy marries Greek shipping tycoon Aristotle Onassis. This gives rise to countless conspiracy theories of a particularly 70's-tinted hue. Remember Gemstone? And now, there's even some relatively new conspiracies popping up around this odd couple! Aristotle behind the assassination of RFK? Dunno if I buy that one, personally, but who knows?

On this day in 1977, 3 members of Southern-flavored rock combo Lynyrd Skynyrd and its entourage perish in a fiery plane crash. Some of their more sentimental, superstitious fans insist that the three - Ronnie Van Zant, Steve Gaines and his sister Cassie Gaines - became "free birds" in that crash. Yer old pal Jerky suspects the only birds those poor bastards resembled on that day were of the Kentucky Fried variety.

On this day in 2011, ousted Libyan dictator Muammar Gaddafi is found hiding in a culvert near his hometown of Sirte by National Transitional Council forces who proceed to torture, then kill him. Disgusting video footage of his last moments show rebel fighters beating him senseless (and, allegedly, buggering him with a rifle) before shooting him dead, then inflicting further desecration upon his corpse. US Secretary of State Hilary Clinton's subsequent media gloating is, quite possibly, the most offensive thing she's ever done. The fact that it feels to me like she was doing it to curry favor with neocon hawks and right-wing Republicans (a fruitless endeavor) makes it all the more disappointing and disturbing. Oh well... at least she isn't Trump.