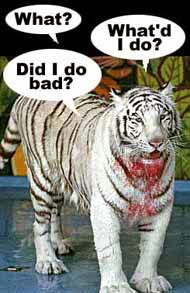 On this day in 52 BC, Vercingetorix, leader of the Gauls, surrenders to the Romans under Julius Caesar, ending the siege and Battle of Alesia.

On this day in 1849, American author Edgar Allan Poe is found delirious in a gutter in Baltimore, Maryland under mysterious circumstances; it is the last time he is seen in public before his death.

On this day in 1942, the first successful launch of a V-2/A4 rocket from Test Stand VII at Peenemünde, Germany. It is the first man-made object to reach space.

On this day in 1949, the 1st black-owned radio station in the United States, opens in Atlanta, Georgia. Its call letters? WERD.

On this day in 1951, the "Shot Heard 'Round the World", one of the greatest moments in Major League Baseball history, occurs when the New York Giants' Bobby Thomson hits a game winning home run in the bottom of the ninth inning off of the Brooklyn Dodgers pitcher Ralph Branca, to win the National League pennant after being down 14 games.

On this day in 1952, the United Kingdom successfully tests a nuclear weapon to become the world's third nuclear power. Meanwhile, on TV, The Mickey Mouse Club debuts on ABC.

On this day in 1964, the first ever Buffalo Wings are made at the Anchor Bar in Buffalo, New York.

On this day in 1981, the hunger strike by Provisional Irish Republican Army and Irish National Liberation Army prisoners at the Maze Prison in Northern Ireland ends after seven months and ten deaths.

On this day in 1990, the German Democratic Republic ceases to exist and its territory becomes part of the Federal Republic of Germany. East German citizens became part of the European Community, which later became the European Union. Now celebrated as German Unity Day.

On this day in 1993, In an attempt to capture officials of warlord Mohamed Farrah Aidid's organisation in Mogadishu, Somalia, 18 US soldiers and about 1,000 Somalis are killed in heavy fighting.

On this day in the year 1995, America narrowly avoids plunging into an all-out race war when twelve brilliant minds - each well aware of the societal stakes - decide to acquit professional celebrity Orenthal James Simpson of all charges stemming from the outright butchery of his estranged wife Nicole Brown Simpson, and her "friend"Ronald Goldman. This, despite the fact that, clearly, he did it. The trial wasted an amazing 252 days of all our lives, and was a ratings smash, spawning such sequels as Bill and Monica, Death of a Princess, and Where's Chandra? Over the last few years, however, the still-popular genre of "reality" reality has been taken over by altogether more disturbing fare.

On this day in 2003, Roy Horn of Siegfried & Roy is attacked by one of the show's tigers, canceling the show until 2009, when they rejoined the tiger that mauled Roy just six years earlier.
Posted by Jerky LeBoeuf at 4:00 AM