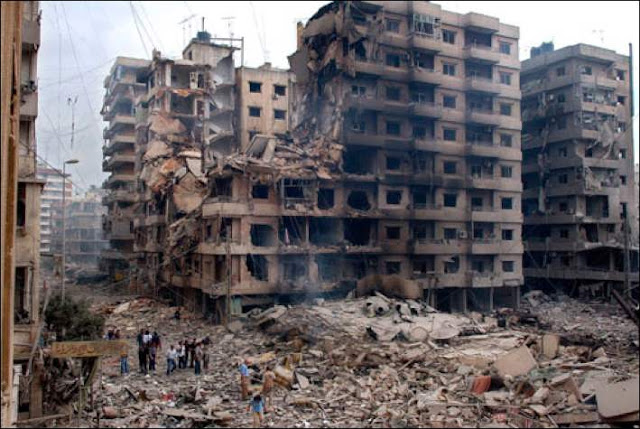 On this day in 1790, African slaves revolt en masse against their oppressors on the island nation of Haiti. But don't worry! Sweet ORDER is soon brutally restored by the French, oddly enough.

On this day in 1861, US President Abraham Lincoln suspends the writ of habeas corpus in Washington, DC for all military-related cases.

On this day in 1917, Russian revolutionary V.I. Lenin calls for the October Revolution. Chaos ensues.

On this day in 1929, after a steady decline in stock market prices since a peak in September, the New York Stock Exchange begins to show signs of panic before sliding into the full-fledged Great Depression.

On this day in 1958, the Smurfs, a fictional race of blue dwarves, later popularized in a Hanna-Barbera animated cartoon series, appear for the first time in the story La flute à six schtroumpfs, a Johan and Peewit adventure by Peyo, which is serialized in the weekly Spirou magazine.

On this day in 1983, as a direct result of President Ronald Reagan's political decision to maintain a land-base in war-torn Beirut - a decision, which flew in the face of advice from military brass - 241 Marines are slaughtered when a smiling terrorist drives a truck loaded with 2000 lbs of TNT and compressed gas into the barracks building lobby. Two days later, in what many viewed as an attempt to divert the public's attention from his disastrous foreign policy fuck-up, Reagan orders the Marines to invade Grenada, a tiny spice-producing country with 125,000 citizens. It was this incident, and not Lewisnkygate, that inspired the film Wag the Dog.

On this day in 1999, cavorting with all those fart-inhaling, vomit-spewing, lesbian, necrophiliac Down Syndrome dwarves finally pays off for radio shock-jock Howard Stern when, after 21 years of marriage, he announces that he and his wife Alison are getting a divorce. Lucky for Howard, his fan-base chooses to ignore the fact that this means his book and movie, Private Parts, was a load of horse-shit happy talk.

On this day in 2002, the Moscow Theatre Siege begins when Chechen terrorists seize the House of Culture theater in Moscow, taking approximately 850 theater-goers hostage. Demanding the withdrawal of Russian forces from Chechnya and an end to the Second Chechen War was official siege leader Movsar Barayev. After a two-and-a-half days, Russian Alpha Group commandos pumped knock-out gas (some maintain that it was weaponized fentanyl) into the building's ventilation system before raiding it. During the raid, all 40 attackers are killed and about 130 hostages die from the gas.
Posted by Jerky LeBoeuf at 4:00 AM