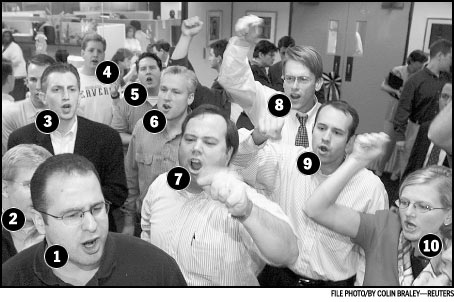 Remember the rowdy ruckus raised by pro-Dubya protesters outside the Miami-Dade County elections office in early December 2000? You might have missed it, as most of the major media didn't pay much attention, but the 'demonstration' basically involved a lot of chanting, pounding, fist-waving, knuckle-dragging and drooling. They didn't have much to say, really. They were just angry that a manual recount was taking place at all, because deep down, they knew fewer people in Florida (and the country) voted for their boy than for Al Gore.

At a certain point, however, things got ugly. The 'protesters' chased and assaulted a vote-counter - knocking a few innocent bystanders on their asses in the process - after one of them claimed he saw that person "stealing a ballot" (it turned out to be a sample ballot used by all vote-counters).

"Hey," you might be saying to yourself at this point, "I can grok that. People take their politics very seriously. Tempers flare." And you'd be right, of course, but just in case you're laboring under the impression that those protesters were every-day, pissed-off citizens venting their anger at a process they believed to somehow be unfair... think again. They were paid Republican flunkies, flown in from all over the country by the Bush campaign... and it's time to name names.

5. Steven Brophy, former aide to Sen. Fred D. Thompson (R-Tenn.), who went on to work at the consulting firm KPMG.

6. Matt Schlapp, former chief of staff for Rep. Todd Tiahrt (R-Kan.), moved on to the Bush campaign staff in Austin. 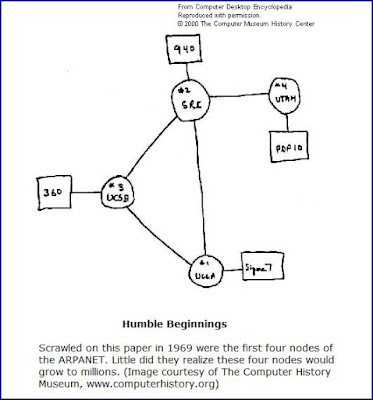 On this day in 1484, Pope Innocent VIII issues the Summis desiderantes, a papal bull that deputizes Heinrich Kramer and James Sprenger as inquisitors to root out alleged witchcraft in Germany and leads to one of the most oppressive witch hunts in European history.

On this day in the year 1876, a fire breaks out at a Brooklyn Theater, killing 295 people. Most of the victims didn't burn, but were trampled to death during the rush to the doors. From this horrific event, we get the popular phrase: "All's well that ends well!" Wait a minute... that's can't be right.

HAPPY WET DAY! On this day in 1933, after fourteen miserable years, the 21st Amendment to the U.S. Constitution is ratified, repealing the 18th Amendment and bringing an end to the era of national prohibition of alcohol in America! So let's all raise a glass and toast to the hope that, one day soon, The Powers That Be will see the light and put a similarly swift, inglorious end to the current prohibition against that blessed, multifaceted weed, marijuana!

On this day in 1952, a cold fog descends upon London, combining with air pollution and killing at least 12,000 in the weeks and months that follow.

On this day in 1969, the four node ARPANET network is established

It was on this day in the year 2001 that Dean Kamen let everybody down when he revealed the TRUTH about his latest invention, which had been hyped for months as a revolutionary technological innovation that would irreversibly change the course of human history. It's a wonder people didn't riot in the streets when it was revealed that "Ginger" - or "It" as an overly-dramatic press corps had taken to calling it - was nothing but a bulky scooter capable of traveling an underwhelming 12 miles per hour. As Kamen demonstrated his $3000 toy for the first time on Good Morning America, he dutifully preached the benefits: "It's like a pair of magic sneakers!" he said, his voice edging dangerously close to desperation. "This is the world's first self-balancing human transporter! It does what a human does - it has gyros and sensors that act like your inner ear; it has a computer that does what your brain does for you. It's got motors that do what your muscles do for you. It's got those tires that do what your feet do for you!" Maybe one day, "genius" inventor Kamen will create something that's useful to those of us whose inner ears, brains, muscles and feet are all in good working order.
Posted by Jerky LeBoeuf at 3:00 AM