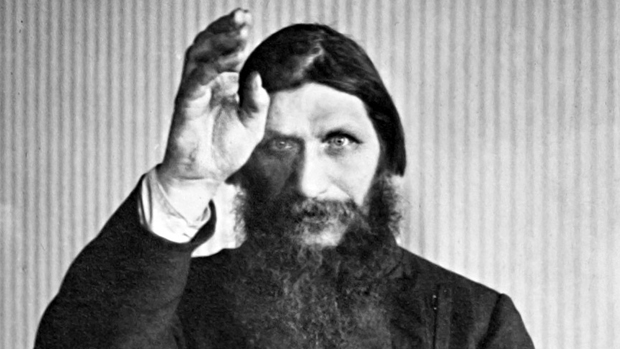 On this day in 1653, Oliver Cromwell becomes Lord Protector of the Commonwealth of England, Scotland and Ireland.

On this day in 1707, the last recorded eruption of Mount Fuji takes place in Japan.

On this day in 1773, in order to protest a drop in tea taxes that would give a tea monopoly to the East India Company, Samuel Adams and 60 Sons of Liberty dress up in Mohawk drag, sneak onto three British tea ships and dump £18,000 worth of tea into Boston harbor. This Boston Tea Party leads the Brits to implement punitive legislation designed to humiliate Massachusetts by closing Boston to merchant shipping, establishing formal British military rule, making British officials immune to criminal prosecution, and requiring colonists to quarter British troops. This leads to more monkey business by the Sons of Liberty, and before you know it, yadda yadda yadda, America gains her independence.

On this day in 1826, Benjamin W. Edwards rides into Mexican controlled Nacogdoches, Texas and declares himself ruler of the Republic of Fredonia.

On this day in 1903, Taj Mahal Palace & Tower first opens its doors to guests.

On this day in 1915, noted scientist Albert Einstein publishes his "General Theory of Relativity," which posits that people from the same family tend to look alike.

On this day, in 1916, tough-as-nails monk/mystic Grigori Rasputin is poisoned, bludgeoned, axed, stabbed, castrated and shot by a bunch of aristocrats who fear he is exerting an unnatural control on the Romanov Russian Royal Family. Unfortunately, when they were done, Rasputin was still breathing. So they had to tie a bag of rocks around his legs and toss him into the Neva river, where, finally, he cacked. Ten weeks later, the Romanovs were overthrown by the Bolshevik revolution, just as Rasputin had prophecied while his assailants were murdering him.

On this day in 1922, President of Poland Gabriel Narutowicz is assassinated by Eligiusz Niewiadomski at the Zachęta Gallery in Warsaw.

On this day in 1930, bank robber Herman Lamm and members of his crew are killed by a 200-strong posse, following a botched bank robbery in Clinton, Indiana.

On this day in 1942, Heinrich Himmler orders that Roma candidates for extermination be deported to Auschwitz.

On this day in 1944, a Nazi V-2 rocket causes 634 deaths when it hits an Antwerp bioscope. Wow! That was one crowded bioscope!

On this day in 1944, the Battle of the Bulge begins with the surprise offensive of three German armies through the Ardennes forest.

On this day in 1950, US President Harry Truman proclaims a state of emergency, saying that "communist imperialism" constitutes "a grave threat to the peace of the world" that "imperils the efforts of this country and those of the United Nations to prevent aggression and armed conflict." Furthermore, this particular kind of imperialism is bad, according to Truman, because it doesn't allow victim states "the right to choose those who conduct their Government," nor "the right to engage freely in collective bargaining." Indeed.

On this day in 1968, the Second Vatican Council officially revokes the Edict of Expulsion of Jews from Spain.

On this day in 1985, in New York City, New York, Paul Castellano and Thomas Bilotti are shot dead on the orders of John Gotti, who assumes leadership of the Gambino family.

On this day in 2009, Avatar is released internationally. It would later be the first film to gross $2 billion and the highest grossing movie of all time.
Posted by Jerky LeBoeuf at 3:00 AM