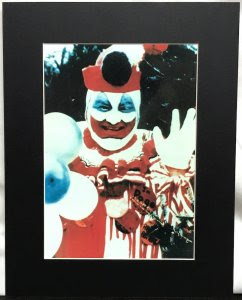 On this day in 211, Publius Septimius Geta, co-emperor of Rome, is lured to come without his bodyguards to meet his brother Marcus Aurelius Antoninus, to discuss a possible reconciliation. When he arrives the Praetorian Guard murders him and he dies in the arms of his mother Julia Domna.

On this day in 1154, Henry II of England is crowned at Westminster Abbey.

On this day in 1606, the Susan Constant, the Godspeed, and the Discovery depart England carrying settlers who found, at Jamestown, Virginia, the first of the thirteen colonies that became the United States.

On this day in 1891, the first black American to become a Catholic priest is ordained in Baltimore. His name was Charles Uncles, and as far as Google is concerned, he never molested anybody. Way to go, Charlie!

Believe it or not, it was on this day in 1918 that Robert Ripley began his illustrated column, which is still syndicated in hundreds of newspapers worldwide to this very day. Ripley used his column to disseminate and popularize some truly retarded and factually inaccurate bullshit, which is why, to avoid lawsuits, he gave it a title that could also function nicely as a disclaimer... "Believe it or not!" It's all up to you.

On this day in 1924, the last Rolls-Royce Silver Ghost is sold in London, England, United Kingdom.

On this day in 1946, the troubles in Vietnam (then called Indochina) begin in earnest when Ho Chi Minh attacks the seat of French colonial power in Hanoi. These troubles would not come to an end until three decades - and more than four million human beings - had passed.
***

On this day in 1950, the Dalai Lama flees Tibet, just because it's being invaded by Mao Zedong's Red Army! Chicken.

On this day in 1956, Irish-born physician John Bodkin Adams is arrested in connection with the suspicious deaths of more than 160 patients. Eventually he is convicted only of minor charges.

On this day in the year 1971, Clockwork Orange - Stanley Kubrick's dystopian rumination on violence, bureaucracy, and free will - had its premiere in New York City. The film, based on Anthony Burgess's brutal cult novel, was originally rated X for its gruesome violence and disturbing tone. Part of the problem people had with Clockwork is that Kubrick coerces the audience into identifying with a vicious, murderous, rapist thug... a trick that began with Shakespeare, in his Richard III. In England, after hoodlums started dressing up like the Droogs and committing copycat rapes and home invasions, Kubrick unilaterally had the film pulled from circulation, and it didn't play there again until after his death in 1999. Some people think Clockwork Orange is a work of dark, satiric genius. Others think it's a cold, mechanical exercise in misanthropic excess. Yer old pal Jerky thinks it's both, and loves it all the more for its ambiguity. If you haven't seen this movie yet, do so post haste.

On this day in 1978, the horrible stink coming from the crawl space under a house owned by John Wayne Gacy - a.k.a. Pogo the Clown - leads authorities to a serial-killer motherlode of 27 decomposing corpses, all nubile young boys. Ultimately, homo-psycho-killer Gacy was found guilty of rape-torture-murdering 33 men and boys, some as young as 9 years old. He was executed by lethal injection in 1994, and his clown paintings continue to attract top dollar in the lucrative serial killer collectibles market. Johnny Depp is a particularly big fan.

On this day in 1984, the Sino-British Joint Declaration, stating that China would resume the exercise of sovereignty over Hong Kong and the United Kingdom would restore Hong Kong to China with effect from July 1, 1997 is signed in Beijing, China by Deng Xiaoping and Margaret Thatcher.

On this day in 1998, President Bill Clinton is impeached by The United States House of Representatives, becoming the second President of the United States to be impeached. This historic (and ridiculous) impeachment is overturned by the more sober-minded Senate.

On this day in 2001, desperate food riots erupt in Buenos Aires, Argentina, formerly one of the shining exemplars of South American economic prosperity, then undergoing a Great Depression of its own. The widespread destruction is blamed on neoliberal (meaning "conservative" or "laissez faire") policies enforced by the World Bank and IMF.
Posted by Jerky LeBoeuf at 3:00 AM