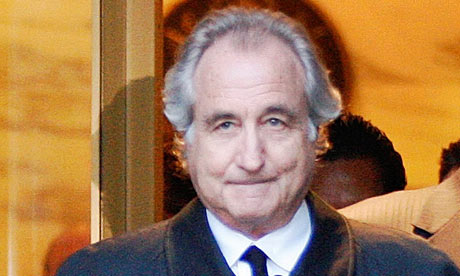 On this day in 220, Cao Pi forces Emperor Xian of Han to abdicate the Han Dynasty throne. The Cao Wei empire is established. The Three Kingdoms period begins.

On this day in 1792, King Louis XVI of France is put on trial for treason by the National Convention.

On this day in 1901, Italian inventor Guglielmo Marconi transmits the first ever transatlantic radio signal from Cornwall, England, to Saint John, Newfoundland. The transmission consisted of a single letter of the alphabet: "S." To this day, the Newfoundlanders are trying to figure out what he meant. Was it a secret code? Or maybe a thinly veiled insult? It's all so confusing.

On this day in 1934, Bill Wilson, co-founder of Alcoholics Anonymous, takes his last drink and enters treatment for the last time.

On this day in 1941, Germany and Italy make the biggest mistake in their nations' histories when they officially declare war upon the United States of America.

On this day in 1964, Che Guevara speaks at the United Nations General Assembly in New York, New York.

On this day in 1968, The Rolling Stones "Rock and Roll Circus" featuring Jethro Tull, The Who, Taj Mahal, Marianne Faithfull, John Lennon, Eric Clapton and Yoko Ono is filmed at the Intertel Studio, Wycombe Road, Wembley. It doesn't see the light of day for decades because the Stones were embarrassed at being upstaged by both The Who and Tull. It was eventually released as a DVD in 1996.

On this day in 1972, Apollo 17 becomes the sixth and last Apollo mission to land on the Moon.

On this day in 1981, the El Mozote massacre takes place when armed forces in El Salvador kill an estimated 900 civilians in an anti-guerrilla campaign during the Salvadoran Civil War.

On this day in 1997, the Kyoto Protocol opens for signature.

On this day in 1999, after mass panic grips the nation, President Bill Clinton signs legislation banning so-called "crush" videos, wherein women are videotaped crushing tiny animals - such as mice, worms and frogs - beneath high heels. Occasionally, they would do this while naked or masturbating, but such pornographic accouterments were of secondary interest to the crush fan, who was in it for the crush. Amusingly, in order for the law to pass Constitutional muster, the people who wrote it had to include a loophole exception for works of "serious religious, political, scientific, educational, journalistic, historical or artistic value." Which begs the question, outside of the Vatican library, where would one be able to find works of "serious, religious, political, scientific, educational, journalistic, historical and artistic value" that feature footage of scanty-clad women stomping gerbils underfoot? Ann Coulter's apartment?

On this day in 2006, The International Conference to Review the Global Vision of the Holocaust is opened in Tehran, Iran by then-president Mahmoud Ahmadinejad; nations such as Israel and the United States express concern.

On this day in 2006, Felipe Calderón, the President of Mexico, launches a military-led offensive to put down the drug cartel violence in the state of Michoacán. This effort is often regarded as the first event in the Mexican Drug War.

On this day in 2008, Bernard Madoff is arrested and charged with securities fraud in a $50 billion Ponzi scheme.
Posted by Jerky LeBoeuf at 3:30 AM