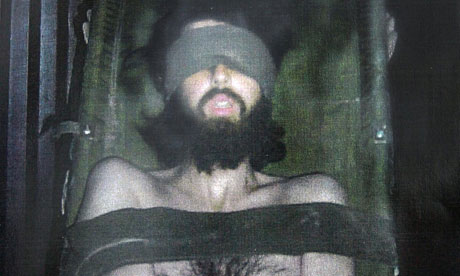 On this day in 1149, the reconstructed Church of the Holy Sepulchre is consecrated in Jerusalem.


***
On this day in 1741, Russian explorer Aleksei Chirikov sights land in Southeast Alaska. He sends men ashore in a longboat, making them the first Europeans to visit Alaska.

On this day in 1799, French military captain Pierre-Francois Bouchard discovers the Rosetta Stone in an Egyptian village. The large stone tablet is essentially a Greek/Egyptian translation dictionary using three scripts: Hieroglyphic, Demotic Egyptian and Greek. Greek being relatively well understood, the stone was the key to deciphering ancient Egyptian hieroglyphs, including such rules of grammar as "feather before squiggly line, except after bird."

On this day in 1964, Republicans nominate arch-conservative, extremist Arizona senator Barry M. Goldwater for president, thus ensuring the election of Texas Democrat Lyndon B. Johnson by one of the widest margins in electoral history.

On this day in 1974, Ohio morning news personality Christine Chubbuck goes on the air and says: "In keeping with Channel 40's policy of bringing you the latest in blood and guts, and in living color, you are going to see another first: an attempted suicide." She then pulled a .38 revolver out from underneath her desk, put it to her head and pulled the trigger, thus becoming the first person to commit live, publicly broadcast suicide.

On this day in 1979, US President Jimmy Carter gives his so-called malaise speech, where he characterizes the greatest threat to the country as "this crisis in the growing doubt about the meaning of our own lives and in the loss of a unity of purpose for our nation". Funny thing about that speech, not once does he use the word “malaise”.

On this day in 1983, a terrorist attack is launched by Armenian militant organization ASALA at the Paris-Orly Airport in Paris, leaving 8 people dead and 55 injured. That’s right, Armenians! Betcha didn’t think they had it in ‘em!

Preznit Dubya's "Total Information Awareness" guru John Poindexter – the biggest Big Brother yet – spent this day in 1987 telling lies to the Congress during the Iran-Contra hearings. He would ultimately be convicted of conspiracy, lying to Congress, defrauding the government, and destroying evidence in the still poorly-understood guns-for-drugs-for-hostages-for-blood scheme dreamed up in the White House basement during the Glorious Reign of Ronald, the Reagan.

On this day in 1997, in Miami, Florida, serial killer Andrew Cunanan guns down world-famous fashion designer Gianni Versace outside his home.

On this day in 2002, so-called "American Taliban" John Walker Lindh pleads guilty to supplying aid to the enemy and to possession of explosives during the commission of a felony. Meanwhile, in Pakistan, an anti-terrorism court hands down the death sentence to British born Ahmed Omar Saeed Sheikh and life terms to three others suspected of the videotaped beheading of Wall Street Journal reporter Daniel Pearl.

On this day in 2003, AOL Time Warner disbands Netscape. The Mozilla Foundation is established on the same day.
Posted by Jerky LeBoeuf at 4:00 AM