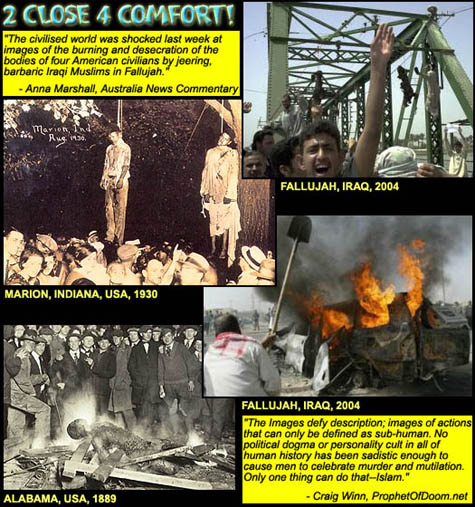 On this day in 627, Muhammad successfully withstands a siege for 27 days at Medina (Saudi Arabia) by Meccan forces under Abu Sufyan.

On this day in 1889, the Eiffel Tower is officially opened.

On this day in 1903, Richard Pearse allegedly makes a powered flight in an early aircraft.

On this day in 1909, the construction of the ill fated RMS Titanic begins.

On this day in 1918, the very fabric of timespace is rent asunder when, for the first time ever, Daylight Savings Time goes into effect in the United States of America.

On this day in 1930, the Motion Pictures Production Code is instituted after a handful of sexless goons suffer nervous breakdowns at the sight of Tarzan and Jane's severely foreshortened loincloths. Thus began a 40-year slump in American cinema that wouldn't snap until... oh, about the time Deep Throat was released.

On this day in 1958, in the Canadian federal election, the Progressive Conservatives, led by John Diefenbaker, win the largest percentage of seats in Canadian history, with 208 seats of 265.

On this day in 1959, the 14th Dalai Lama, Tenzin Gyatso, crosses the border into India and is granted political asylum.

On this day in 1985, the first WrestleMania, the biggest wrestling event from the WWE (then the WWF), takes place in Madison Square Garden in New York.

During this day's entire 24-hour span in the year 1988, not a single second of time elapses during which someone, somewhere, is NOT uttering every indignant carnivore's most favorite catch-phrase:"Where's the beef?!"

On this day in 1991, former Partridge Family bassist Danny Bonaduce gets into a fist-fight with a transvestite prostitute in Phoenix. The next day, when people asked about his broken nose and black eye, Bonaduce replies: "You should see the other... individual."

On this day in 1993, actor Brandon Lee, son of martial arts movie legend Bruce Lee, is accidentally killed during the filming of The Crow. Killer box office ensues.

On this day in 1995, Selena, an American singer, was murdered by her friend and employee of her boutiques Yolanda Saldívar who was embezzling money from the establishments. The event was named "Black Friday" by Hispanics.

On this day in 1996, chaos errupts at the 25th annual Nabisco Dinah Shore Golf Championship when winner Patty Sheehan refuses to French-kiss the eye-sockets on Dinah's mummified, severed head, as tradition demands.

On this day in 2004, In Fallujah, Iraq, four American private military contractors working for Blackwater USA, are killed after being ambushed. Their corpses are then burned and strung up in a morbid display. A shocked Anglo-American world recoils in terrified awe at this truly unprecedented display of raw brutality. Fucking hypocrites (see above).
Posted by Jerky LeBoeuf at 3:00 AM