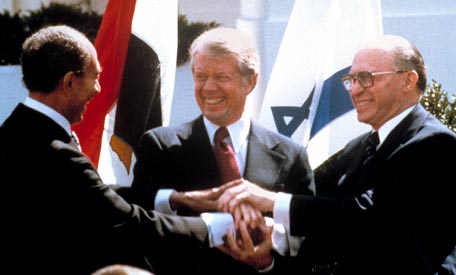 On this day in 1169, Saladin becomes the emir of Egypt.

On this day in 1484, William Caxton prints his translation of Aesop's Fables.

On this day in 1552, Guru Amar Das becomes the Third Sikh Guru.

On this day in 1790, the shoelace is invented, thus sending the Velcro industry into a tail-spin from which it wouldn't recover until Americans became so collectively obese that spending more than a few quick seconds with hands at foot level became unbearable, thus sparking a revival.

On this day in 1812, a political cartoon in the Boston Gazette coins the term "gerrymander" to describe oddly shaped electoral districts designed to help incumbents win reelection.

On this day in 1830, the Book of Mormon is published in Palmyra, New York.

On this day in 1885, the Métis people of the District of Saskatchewan under Louis Riel begin the North-West Rebellion against Canada.

On this day in 1945, the Battle of Iwo Jima ends as the island is officially secured by American forces.

On this day in 1975, the Biological Weapons Convention comes into force.

On this day in 1979, Anwar al-Sadat, Menachem Begin and Jimmy Carter sign the Israel-Egypt Peace Treaty in Washington, D.C..

On this day in 1991, 5 South Korean boys, nicknamed the Frog Boys, disappear while hunting for frogs and are murdered in a case that remains unsolved.

On this day in 1997, 39 members of the Heaven's Gate cult – all intelligent, educated, marginally functional members of society – commit mass suicide in a rented mansion just outside San Diego. According to their extensive online ramblings, they killed themselves to evolve beyond the trappings of human flesh, and were hoping to hitch a ride on some kind of giant alien Space Ark hidden in the tail of then-approaching Hale-Bopp Comet. Yer old pal Jerky was originally going to point out that it takes real balls to die for what you believe in – no matter how goofy – but then he remembered that those guys were all castrated, totally throwing the balls-to-suicide ratio theory out of whack.

On this day in the year 2228, James Tiberius Kirk is born. While attending Starfleet Academy, Kirk becomes the only student to ever defeat the dreaded Kobyashi Maru simulation test (he does so by cheating). The highlight of his long and illustrious career with Starfleet is his stint as captain of the USS Enterprise. Well... that, and fucking all those alien chicks.
Posted by Jerky LeBoeuf at 3:30 AM