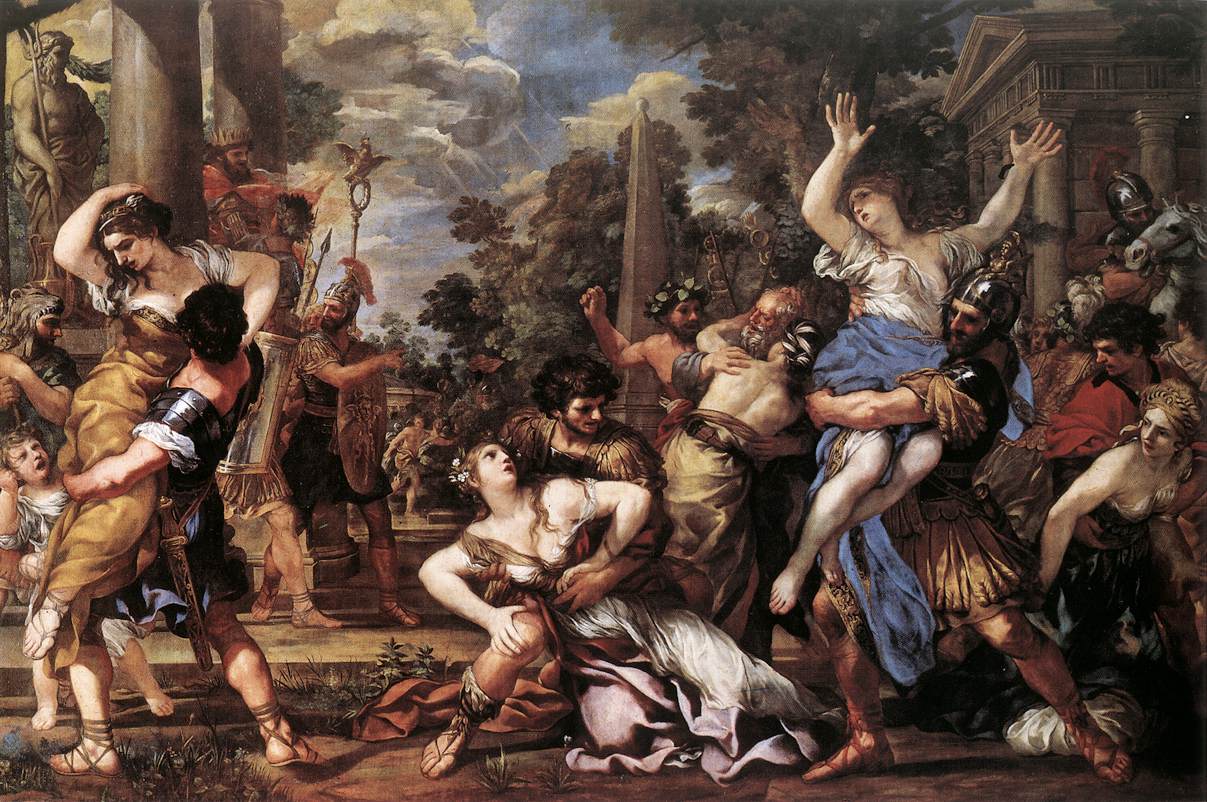 On this day in 752 BC, Romulus, legendary first king of Rome, celebrates the first Roman triumph after his victory over the Caeninenses, following The Rape of the Sabine Women.

As of this day in the year 743 AD, because of an official decree, citizens of the Holy Roman Empire are no longer allowed to export their servants and/or children to slave traders from "heathen" lands. This might seem like a progressive move at first glance, but it had the unintended consequence of creating a white slave-trade deficit that sent shockwaves through the global economy.

On this day in 1562, 23 Huguenots are massacred by Catholics in Wassy, France, marking the start of the French Wars of Religion.

On this day in 1633, Samuel de Champlain reclaims his role as commander of New France on behalf of Cardinal Richelieu.

On this day in 1692, Sarah Good, Sarah Osborne and Tituba are brought before local magistrates in Salem Village, Massachusetts, beginning what would become known as the Salem witch trials.

On this day in 1780, Pennsylvania becomes the first American state to abolish hereditary slavery. Children of Pennsylvania slaves were thereafter born "free"… to do what, exactly, Godzilla only knows.

On this day in 1790, the first United States census is authorized.

On this day in 1811, King Muhammad Ali Pasha, founder of the modern state of Egypt, personally oversees the murders of over 500 Mameluke warriors in a single day's slaughter. I don't have a joke, here. I just like the word "Mameluke". We don't use it nearly enough these days.

On this day in 1872, Yellowstone National Park is established as the world's first national park.

On this day in 1893, electrical engineer Nikola Tesla gives the first public demonstration of radio in St. Louis, Missouri.

On this day in 1896, Henri Becquerel discovers radioactivity.

On this day in 1912, Albert Berry makes the first parachute jump from a moving airplane.

On this day in 1932, Charles Lindbergh Jr, the 20-month-old son of Nazi-sympathizing aviation legend Charles Lindbergh Sr, is kidnapped from his nursery in New Jersey. The child's corpse would be discovered buried not very far from the Lindbergh home, two months later, after the family paid a $70,000 ransom. If any of you old-timers know any Lindbergh Baby Jokes, kindly send them to yer old pal Jerky. I'm chokin' for a chuckle!

On this day in 1937, the first ever permanent automobile license plates are issued, in the state of Connecticut. Prior to that, drivers had to chalk in their license numbers on small blackboards that were affixed to the front of every vehicle sold.

On this day in 1947, the International Monetary Fund begins financial operations.

On this day in 1953, Soviet Premier Joseph Stalin suffers a stroke and collapses; he dies four days later.

On this day in 1954, the Castle Bravo, a 15-megaton hydrogen bomb, is detonated on Bikini Atoll in the Pacific Ocean, resulting in the worst radioactive contamination ever caused by the United States.

On this day in 1961, American President John F. Kennedy establishes the Peace Corps.

On this day in 1966, Venera 3 Soviet space probe crashes on Venus becoming the first spacecraft to land on another planet's surface.

On this day in 1970, Family-man Charles Manson releases his first album. Entitled Lie, the folk-tinged collection of melodies fails to find an audience. You know, maybe if Manson had scored a gold record, things might not have soured so quickly for the hippies. In other words… it's a good thing it flopped!

On this day in 1971, a bomb explodes in a men's room in the United States Capitol: the Weather Underground claims responsibility.

On this day in 1989, the United States becomes a member of the Berne Convention for the Protection of Literary and Artistic Works.

On this day in 1990, Steve Jackson Games is raided by the United States Secret Service, prompting the later formation of the Electronic Frontier Foundation.

On this day in 1998, Titanic became the first film to gross over $1 billion worldwide.
Posted by Jerky LeBoeuf at 6:00 AM