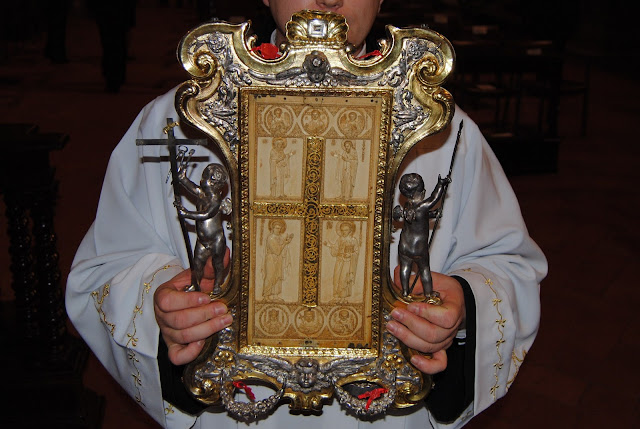 On this day in 630, Emperor Heraclius returns the True Cross, one of the holiest Christian relics, to Jerusalem.

On this day in 1804, Code Napoléon is adopted as French civil law.

On this day in the year 1843, the world fails to end, as popular evangelical preacher and widely-read apocalyptic millennialist William Miller had predicted. Strangely, Miller's hundreds of thousands of followers didn't even bat an eyelash when he declared he'd made a mathematical error, then simply changed the End Time date to October 22, 1844. Miller gave his own personal guarantee that the world would end for sure this time, and many of his followers gave away all their earthly belongings and wealth in anticipation of the Godly Destruction of All Things. It is for this reason that today's Seventh Day Adventists - including the Branch Davidians (direct descendants of the original Millerite church) refer to October 22, 1844 as The Great Disappointment. And now, friends, you know why there oughta be a law against allowing Born Again Christians anywhere near THE BUTTON.

On this day in 1925, the Butler Act prohibits the teaching of human evolution in Tennessee.

On this day in 1935, Shah of Iran Reza Shah Pahlavi formally asks the international community to call Persia by its native name, Iran, meaning "Land of the Aryans".

On this day in 1952, Alan Freed presents the Moondog Coronation Ball, the first rock and roll concert, in Cleveland, Ohio.

On this day in 1963, Alcatraz, a federal penitentiary on an island in San Francisco Bay, closes.

On this day in 1980, US President Jimmy Carter announces a United States boycott of the 1980 Summer Olympics in Moscow to protest the Soviet war in Afghanistan.

On this day in 1980, Dallas aired its "A House Divided" episode which led to 8 months of international intrigue regarding "Who shot J.R.?"

On this day in 1993, Victorine Hollingsworth, Annetta Richards, Rita Riddle, Gladys Ottman, Sheila Martin, James Lawton, and Ofelia Santoya emerge from David Koresh's Branch Davidian compound in Waco/Elk/Mount Carmel, Texas. Later, in the evening, the FBI begins blasting Tibetan chants over the loudspeaker system in an attempt to frazzle the remaining cultists. Koresh's response? "Because of the loud music, nobody is coming out." Just before midnight, the loudspeaker system malfunctions.
Posted by Jerky LeBoeuf at 3:30 AM