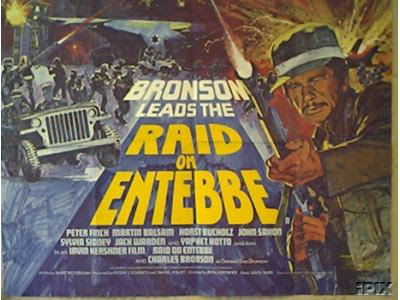 A couple interesting "firsts" took place on this day. It was on this day in 1527 that the first known letter was sent from North America. It was written by mariner John Rut and mailed to England's King Henry from St. John's, Newfoundland. It was also on this day, in the year 1678, that construction on the American continent's first full-sized sailing ship was completed. Built by Robert LaSalle, Le Griffon was a sixty-foot, forty-five ton vessel that cruised the Great Lakes for only a few short weeks before disappearing without a trace.

On this day in 1929, messianic "world teacher" Jiddu Krishnamurti shocks the Theosophy movement by dissolving the Order of the Star, the organisation built to support him.

On this day in 1934, megalomaniacal runt Adolf Hitler becomes the supreme leader of Germany when he combines the offices of President and Chancellor into the single, all-powerful position of Führer. It was all downhill from there.

On this day in 1948, former commie Whittaker Chambers accuses Alger Hiss of being a communist and a spy for the Soviet Union.

On this day in 1958, the nuclear submarine USS Nautilus travels beneath the Arctic ice cap.

On this day in 1961, the New Democratic Party of Canada is founded by the merger of the Cooperative Commonwealth Federation and the Canadian Labour Congress.

On this day in the year 1966, revolutionary "stand-up comic" Lenny Bruce injects a gorilla-dose of morphine into himself and dies for our sins.

On this day in 1977, the United States Senate begins its hearing on Project MKUltra.

On this night in 2000, the GOP gently walks John McCain over to the podium, bends him over, pulls down his pants and fucks him nice and slow for all the world to see. Yer old pal Jerky's always had a soft-spot for McCain, but the speech he gave that night at the GOP convention was pathetic. At one point, he said: "I support Governor Bush. I am grateful to him. And I am proud of him." He supported the man who's campaign team started a whisper campaign declaring him mentally unstable? He was grateful to the man who falsely accused him of voting against breast-cancer research? He was proud of the man who repeatedly and maliciously made up lies about his record? At one point, he said: "Many years ago, the governor's father served in the Pacific, with distinction, under the command of my grandfather. Now it is my turn to serve under the son of my grandfather's brave subordinate." Wow. That is one helluva long way to go to suck ass.

On this day in 2004, the Statue of Liberty opens for business after being closed since the terrorist attacks of September 11, 2001. Better get out to see her now, while you still can.

On this day in 2005, some fuzzy nob by the name of Mahmoud Ahmadinejad becomes President of Iran.
Posted by Jerky LeBoeuf at 4:00 AM