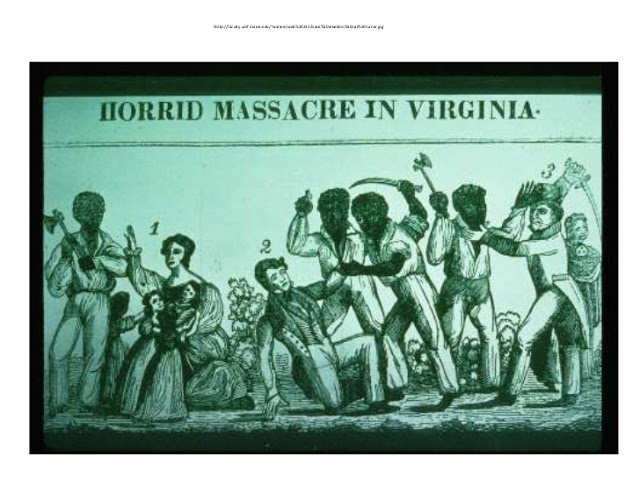 On this day in 1831, an atmospheric disturbance causes the sun to appear blue-green, which mystical-minded slave Nat Turner takes to be a most prodigious portent. This causes him to organize a slave uprising in the state of Virginia. The revolt was so bloody, many historians refer to it as the First War, with the Civil War being the Second War. On the road to Jerusalem, VA, Nat and his growing army of slaves killed fifty-five white folks, who then turn around and killed a hundred-plus black folks, many of whom had nothing to do with the uprising. Ahhh... the good old days!

On this day in 1913, an acrobat by the name of Otto Witte is purportedly crowned King of Albania.

On this day in 1928, New Jersey radio station WRNY becomes the first to broadcast a television image: a woman's face on a video "canvas" about 1.5 inches square, which was maintained for ten minutes. Which means there was about the same amount of quality programming on the air back then as there is now.

On this day in 1942, Major General Eugene Reybold of the US Army Corps of Engineers authorizes the construction of facilities that would house the "Development of Substitute Materials" project, better known as... the freaking Manhattan Project.

On this day in 1964, Peter Allen and Gwynne Evans are hanged for the Murder of John Alan West, thus becoming the last people to be executed in the United Kingdom.

On this day in 2001, Flight 175 hijackers Marwan Alshehhi, Fayez Ahmed Banihammad, and Hamza Alghamdi buy knives and multi-tools. Alshehhi buys a Cliphanger Viper and an Imperial Tradesman Dual Edge, both short-bladed knives. Banihammad buys a Stanley two-piece snap knife set, and Alghamdi buys a Leatherman Wave multi-tool. All purchases are made in the same city, though the 9/11 Commission does not specify as to which city that might be.