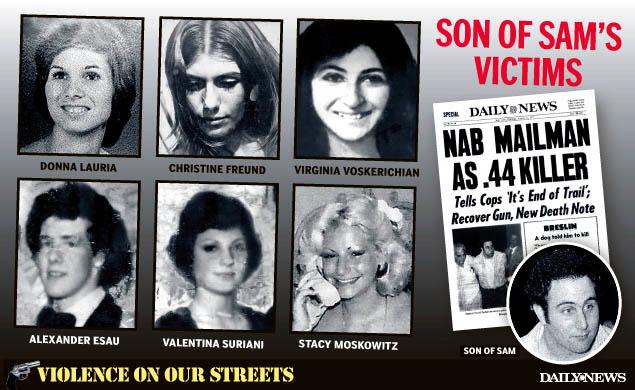 On this day in 1755, under the orders of Charles Lawrence, the British Army begins to forcibly deport the Acadians from Nova Scotia to the Thirteen Colonies.

On this day in 1948, the TV show Candid Camera makes its television debut after being on radio for a year as Candid Microphone. Hardly seems possible, does it?

On this day in 1977, in Yonkers, New York, 24-year-old postal employee David Berkowitz – better known as the Son of Sam – is arrested for a series of killings in the New York City area over the period of one year.

On this day in 1981, the severed head of six-year-old Adam Walsh is found by two fishermen in a Florida canal. The rest of Adam’s body was never recovered. Adam’s kidnapping and murder - possibly by serial killer Otis Toole - inspired the creation of the television series America's Most Wanted, which was hosted by Adam’s father, John Walsh, for over two decades.

On this day in 1987, the Dow Jones Industrial Average breaks through the elusive 2,600 point ceiling for the first time ever. Of course, what goes up must eventually come down, and if shit keeps hitting fan, we may well live to see 2,600 again. My advice for riding out the coming storm? Sink all your capital in ammunition, gas generators and out-of-the-way real estate.
Posted by Jerky LeBoeuf at 4:00 AM