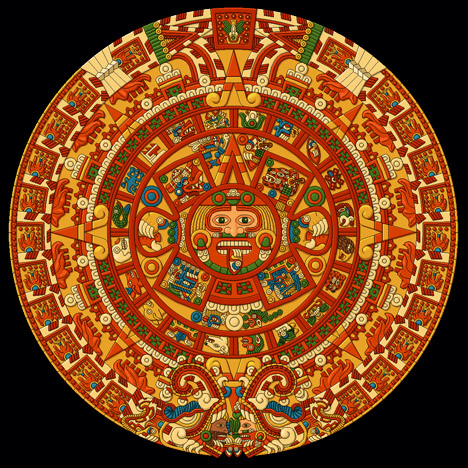 On this day in 3114 BC, the Mesoamerican Long Count calendar, used by several pre-Columbian Mesoamerican civilizations, notably the Mayans, begins.

On this day in 2492 BC, traditional date of the defeat of the tyrant Bel by tribal leader Hayk, progenitor and founder of the Armenian nation.

On this day in 1919, the constitution of the Weimar Republic is adopted. Good musical theater, nice furniture, great (deviant) art and a really "gay" metropolitan nightlife ensue.

On this day in 1965, race riots flare up in the Watts area of Los Angeles, California. The great novelist Thomas Pynchon wrote this interesting essay about it.

On this day in 1972, the mayor officially decrees it to be Cheech and Chong Day in the city of San Antonio, Texas. Twenty years later, the federal government passes an Omnibus bill which includes vaguely-worded laws that make it illegal to sell "bongs" but not "water pipes." Twelve years after that,Tommy Chong is sentenced to nine months in jail for marketing a line of water pipes called Chong's Bongs. What the fuck happened between then and now?

On this day in 1984, Olympian Carl Lewis duplicates Jesse Owens' 1936 feat, winning 4 Olympic track gold medals. On the same day, during preparations for a radio broadcast, president Ronald Reagan picks up a microphone and says: "My fellow Americans, I'm pleased to tell you today, that I've signed legislation that will outlaw Russia forever. We begin bombing in five minutes." Unfortunately, Ronnie had failed to notice that the mic was already on, and that his little "joke" was being heard by thousands of pants-shitting Americans, who'd already been rendered beat-dog flinchy by the hyperbolic rhetoric of the Cold War's dying days.
Posted by Jerky LeBoeuf at 4:00 AM