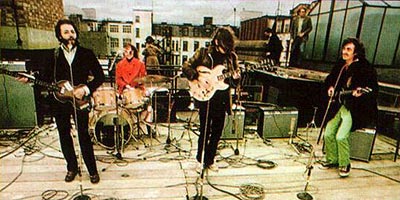 On this day in 1696, the creepiest protest ever takes place when Amsterdam's undertakers take to the streets to demonstrate against proposed funeral reforms.

***
On this day in 1945, draftee Eddie Slovik becomes the first American to be executed for desertion since the Civil War. Nowadays, desertion gets you... ummm... well... into the White House, apparently

***
Also on this day, in 1964, a government report publicly confirms the rumors that had been swirling around the water coolers for years... that smoking cigarettes(i.e. taking a paper tube full of crushed tobacco plant leaves, lighting said tube on fire and inhaling the resultant aromatic smoke deeply into your lungs as a means of delivering minute payloads of deadly nicotine poison into your bloodstream) might not be quite so beneficial to one's health as we were originally led to believe.

***
On this day in 1990, McDonald's opens their first restaurant in post-Soviet Russia. Mindful of the local palette, this franchise features such unique fare as McStroganoff, McBorscht and Chicken McKiev.
***
On this day in 1969, hippy-freak rock-and-roll band The Beatles perform their final live concert together. And who can forget the stirring image of John, Paul,George and Ringo playing that historic 42-minute set to a rapt audience from the roof of their Apple Records headquarters? Certainly not Ewe Too, those fuckin' copycats!
Posted by Jeeribaldi at 3:00 AM