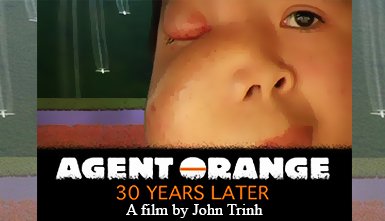 America's first recorded UFO sighting happens on this day in 1644, when a bunch of Boston Pilgrims report seeing a strange glowing object in the night sky. Later that same night, they burn a few witches, just to be on the safe side.

***
On this day in 1788, the First Fleet arrives at Botany Bay in Australia from England, carrying 736 convicts... the rough common soil from which all future generations of Ozzies would sprout.

***
On this day in 1911, pilot Eugene B. Ely lands on the deck of the USS Pennsylvania stationed in San Francisco Bay, the first time an aircraft landed on a ship.

***
The American military begins spraying Agent Orange on the Vietnamese jungle on this day in 1962, in a failed attempt to reveal the Viet Cong guerrillas who'd been using the dense foliage as cover. Flipper-babies ensue.

***
On this day in 1967, Boston Strangler Albert DeSalvo is convicted of numerous crimes and is sentenced to life imprisonment.

***
On this day in 1974 The Six Million Dollar Man premiered on ABC TV. One year later, All in the Family spin-off The Jeffersons makes its debut on CBS. Still another year after that, the two shows would combine creative teams to film a pilot for a whole new concept in action/comedy TV: The Six Million Dollar Black Man. It failed miserably... because racism.

***
On this day in 1990, Washington DC mayor Marion Barry is arrested during a joint sting operation by the FBI and DC police. After being arrested, he is charged with drug possession and the use of crack cocaine. After trial, he was sentenced to six months in prison for possession. By 1994, Barry was back as mayor for an unprecedented fourth term. He remained mayor until 1999, when he retired and moved to the countryside where he lives to this day in a house made entirely out of crack.

***
On this day in 1991, the United States government acknowledges the CIA had forked out over three hundred thousand dollars to Panamanian dictator Manuel Noriega for a variety of services rendered. The American people momentarily wonder "Who?" - then shrug and go back to watching Dynasty or whatever the fuck mind-destroying crap was on TV back then.

***
On this day in the year 1996, Scientology priestess and daughter of the King of Rock, Lisa Marie Presley files for divorce from Underoo-snorting King of Pop, Michael Jackson. You know, if two sweet kids like this can't make a go of it in this hard-boiled, workaday world, then what chance do any of us have?!
Posted by Jeeribaldi at 3:00 AM