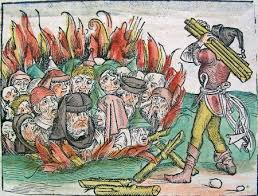 On this day in 1349, an angry mob rounds up all the adult Jews in Basel, Switzerland, traps them in an abandoned building on an island in the Rhine, then puts it to the torch. Over 600 people are incinerated. And why? Because the Black Death was raging across the land, and a rumor sprang up that the city's Jews - who weren't dying in quite such heavy numbers as the rest of the city's population - were somehow responsible. Jewish orphans are forcibly converted to Christianity and Jews were forbidden from entering Basel for 200 years.

***
On this day in 1493, explorer Christopher Columbus and his crew are the first Europeans to lay eyes upon manatees, or "sea cows." At first, they don't know whether to eat or fuck the lazy beasts. So they do both.

***
On this day in 1768, Englishman Philip Astley launches a billion childhood nightmares when he gathers quasi-suicidal acrobatics, dangerous wild animals and (shudder) clowns under the same tent for the world's first ever modern circus. 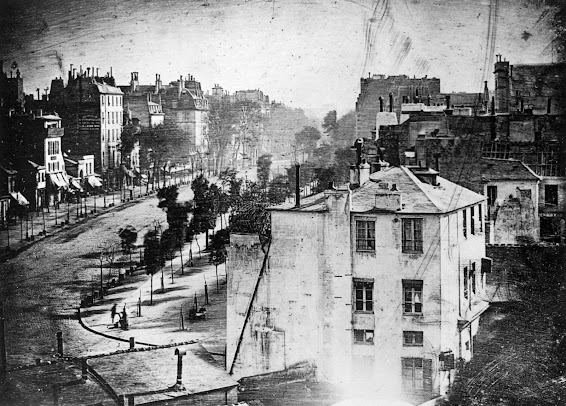 On this day in 1839, the French Academy of Sciences announces the Daguerreotype photography process. See the top of today's posting for the earliest reliably dated photo­graph of a person, taken in the Spring of 1838 by inventor Louis Daguerre. Though it shows Paris' busy Boul­e­vard du Temple, the 12 minute exposure time  meant that moving traffic can't be seen. However, the two men at lower left - one apparently having his boots polished by the other - remained still long enough to be dist­inctly visible. Pretty cool!

***
On this day in 1858, doctor and businessman Anson Jones, the fourth and final President of the Republic of Texas prior to that state's annexation, commits suicide over the perceived political sleight when he wasn't chosen to represent Texas in the United States Senate. Talk about a sore loser.

***
On this day in 1918, the Battle of Bear Valley - the last battle of the American Indian Wars - takes place in Arizona. Kind of amazing this kind of thing was happening concurrently with the First World War over in Europe, isn't it?

***
On this day in 1927, during a screening of the Stan Laurel silent comedy Get'em Young, a fire breaks out at the Laurier Palace movie theatre in Montreal, Quebec, killing 78 people, all but one of whom was under the age of 16.

***
On this day in 1947, Elizabeth "Betty" Short, soon to be known the world over as the Black Dahlia, is last seen alive. See the NSFW image at the bottom of today's posting to see how she ended up. This as-yet unsolved murder case has haunted and vexed countless sleuths, both professional and amateur, for the better part of a century now, and for some reason, it continues to fascinate.

***
On this day in 2007, Apple CEO Steve Jobs unveils the first iPhone, putting the once floundering Apple back on the map in a big, big way. Yer old pal Jerky still maintains a great degree of pride over the fact that I haven't given that company one red cent of my business. Don't ask me why. I just do. 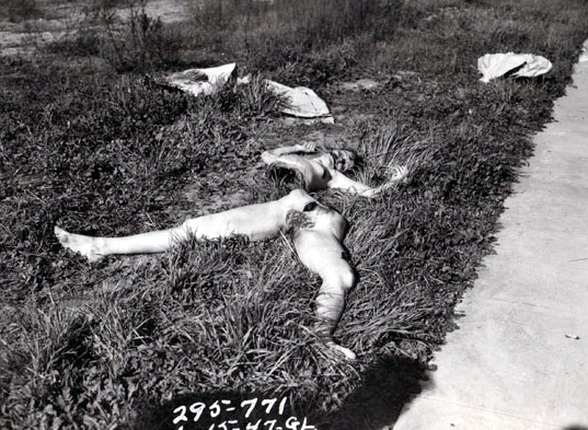 Posted by Jeeribaldi at 3:00 AM