The influential television variety show Arthur Godfrey & His Friends premieres on CBS on this day in 1949, but it was all a lie. Arthur Godfrey had no friends. 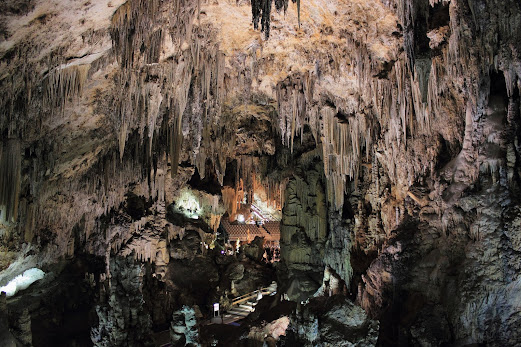 On this day in 1959, the Caves of Nerja are rediscovered in Spain. See above.

***
On this day in 1961, the United Nations "genocide pact" goes into effect, and we all lived happily ever after.

***
On this day in 1967, Dr. James Bedford becomes the first person to be cryonically preserved with intent of future resuscitation. Brrr!

***
On this day in 1971, for the first time ever, the sound of a flushing toilet is broadcast over television airwaves. It was during the first episode of CBS's All in the Family. Archie Bunker, of course, was the one taking a dump.

***
On this day in 1991, an act of the U.S. Congress authorizes the use of military force to drive Iraq out of Kuwait.

***
On this day in 1994, the daughter of Malcolm X is arrested for plotting to murder Nation of Islam leader Louis Farrakhan. Police actually found out about the plot a week earlier, but it took them a while to decide whether to arrest her or assist her.

***
On this day in 1995, gridiron legend OJ Simpson's murder trial gets under way in Los Angeles. Idiocy ensues.

***
On this day in 1997, figure skater Oksana Baiul knocks back a few drinks and decides to see if she can't replicate some of her more complicated skating moves on the icy streets of New York… with her car. Turns out she can't!

***
On this day in 2005, the "Deep Impact" asteroid probe is launched from Cape Canaveral on a Delta II rocket. On July 4, the probe's "impactor" successfully collides with comet 9P, aka Tempel 1.

***
On this day in 2006, a stampede during the "Stoning of the Devil" ritual on the last day at the Hajj in Mina, Saudi Arabia, kills at least 362 Muslim pilgrims.

***
On this day in 2010, an earthquake occurs in Haiti, killing an estimated 316,000 people - that's THREE HUNDRED AND SIXTEEN THOUSAND GODDAMN FUCKING PEOPLE WIPED OUT - and destroying the majority of the capital city of Port-au-Prince. It is the biggest loss of life due to a natural calamity to occur in living memory, edging out 2004's Indian Ocean Tsunami by roughly eighty thousand souls. Or was it? Some people are now claiming the numbers have been greatly inflated - pretty much doubled, in fact - in order to make sure that foreign aid money didn't dry up. As if 158,000 deaths was something to sneeze at.
Posted by Jeeribaldi at 3:00 AM