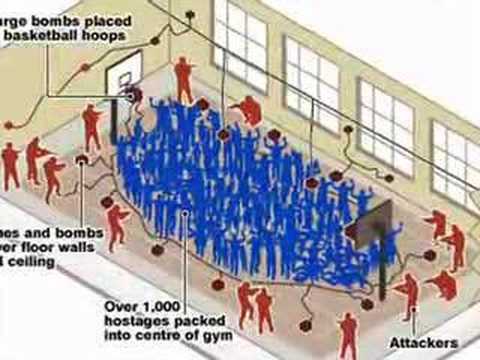 On this day in 1752, absolutely nothing happened because this day doesn't exist. And neither do the next 10 days. You see, when the English-speaking world decided to adopt the Gregorian Calendar (which we're still using today), all the days between the 3rd and the 14th of September had to be skipped, in order to catch up. People were so freaked out -- believing the government had stolen part of their lives somehow -- that there was rioting in the streets. Thankfully, in these more enlightened days of ours, sparking such violent unrest takes something serious. Say, an event on the magnitude of the home team's failure to secure a win in the big game.


***
On this day in 301, San Marino, one of the smallest nations in the world and the world's oldest republic still in existence, is founded by Saint Marinus.

On this day in 1189, Richard I of England (a.k.a. Richard "the Lionheart") is crowned at Westminster.

On this day in 1260, the Mamluks defeat the Mongols at the Battle of Ain Jalut in Palestine, marking their first decisive defeat and the point of maximum expansion of the Mongol Empire... it was the breaking of the wave, as they say.

On this day in 1777, during the Battle of Cooch's Bridge, the Flag of the United States is flown in battle for the first time.

On this day in 1838, future abolitionist Frederick Douglass escapes from slavery.

On this day in 1855, in Nebraska, 700 soldiers under United States General William S. Harney avenge the Grattan Massacre by attacking a Sioux village and killing 100 men, women and children.

On this day in 1875, the first official game of Polo is played in Argentina after being introduced by British Ranchers. Overpriced cologne and ugly shirts ensue.

On this day in 1878, over 640 die when the crowded pleasure boat Princess Alice collides with the Bywell Castle in the River Thames.

On this day in 1935, Sir Malcolm Campbell reaches a speed of 304.331 miles per hour on the Bonneville Salt Flats in Utah, becoming the first person to drive an automobile over 300 mph

On this day in 1941, Nazi soldier Karl Fritzsch, deputy camp commandant of the Auschwitz concentration camp, experiments with the use of Zyklon B in the gassing of Soviet POWs.

On this day in 1944, diarist Anne Frank and her family are placed on the last transport train from the Westerbork transit camp to the Auschwitz concentration camp, arriving three days later.

On this day in the year 1978, Pope John Paul I is officially installed as 264th supreme pontiff of the Roman Catholic Church. Unfortunately for the evil pricks that hand-picked him, John Paul turned out to be smarter and more principled than anyone could have guessed. Right away, he made it his goal to sever all ties between the notorious Sindona and Calvi families and the Vatican Bank, running him afoul of such avoid-at-all-costs organizations as P2, Opus Dei and the mafia. He also made it clear that he would be using his Papal bully pulpit to revise the Church's stance on birth control, pissing off the ultra-conservative College of Cardinals. To people who knew what was going on at the time, John Paul's death -- only a month after his assumption of the Papacy -- was no surprise at all.

On this day in 1967, people in Sweden begin driving on the right-hand side of road. Chaos ensues.

On this day in 2004, the three-day Beslan school hostage crisis ends with the deaths of over 300 people, more than half of which are children. Anti-Chechen rage boils over throughout Russia.
Posted by Jerky LeBoeuf at 4:00 AM