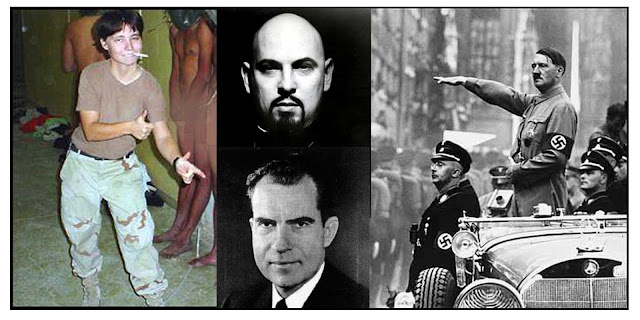 On this day in 1945, in an underground bunker, Adolf Hitler first poisons his wife, Eva Braun, then blows his own brains out with a pistol. Also, today is Walpurgisnacht, or Germany's Witch's Sabbath. Just a friendly reminder to all you devil-worshipers planning to gather in wooded glades in order to offer blood-sacrifices to Wotan the Horned One... stay alive, don't drink and drive!

On this day in 1966, a former carnival barker by the name of Anton LaVey shaves his head, buys an abandoned insane asylum in San Francisco and converts it into the Church of Satan. Later he would declare: “The Satanic Age started in 1966. That’s when God was proclaimed dead, the Sexual Freedom League came into prominence, and the hippies developed into a free sex culture.” Nothing quite so fun as pulling the squares’ legs, eh, Anton?

On this day in 1973, President Richard Nixon announces the resignation of top aides Haldeman, Ehrlichman and other co-conspirators, in what was the first in a series of pathetic attempts to offer up scapegoats in lieu of the big enchilada, himself, who would last another year in the White House, despite everything.

On this day in 1975, Communist forces gain control of Saigon and the Vietnam War formally comes to an end with the unconditional surrender of South Vietnamese president Duong Van Minh.

On this day in 1980, upon the abdication of her mother, Beatrix Wilhelmina Armgard becomes Queen Beatrix of the Netherlands. 29 years later, on this day in 2009, seven people are killed and seventeen injured at a Queen's Day parade in Apeldoorn, Netherlands, when a cuckoo-bird by the name of Karst Tates rams his tiny little Euro-car through the parade route, killing six and mortally injuring himself. Flash forward another four years to this very day, and Queen Beatrix is, herself, abdicating the throne and handing it over to her eldest son, Willem-Alexander, who will be the Netherlands’ first king in 123 years.

On this day in 1993, deranged tennis fanatic Günter Parche runs onto the court and stabs Monica Seles in the back during a quarterfinal match of the Citizen Cup in Hamburg, Germany. 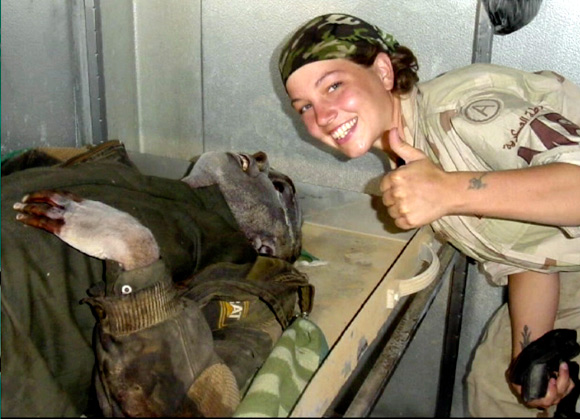