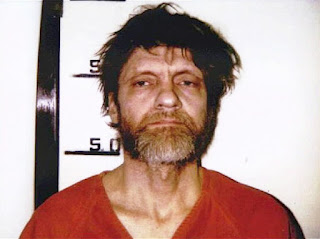 On this day in 1783, the governments of Sweden and the United States sign a treaty of Amity and Commerce. Chaos ensues.

On this day in 1860, the Pony Express mail service begins with Henry Wallace riding west from Missouri, and John Roff riding east from Sacramento, California. Wallace ends up beating Roff by two days in their criss-crossy race, which spans eighteen hundred miles, and the entire nation's imagination is captured... for about a year and a half. But even though the Pony Express Company folded in October of 1861, its very existence helped inspire the creation of the federal mail service which, to this day, continues such proud traditions as stealing cash from our birthday cards and fomenting disgruntlement amongst the psychopathic loners in their employ.

On this day in 1868, some crazy Hawaiian fucker surfs a fifty foot tidal wave, the biggest wave ever ridden by a surfer who survived.

On this day in 1888, the first of eleven unsolved brutal murders of women committed in or near the impoverished Whitechapel district in the East End of London, occurs.

On this day in 1895, the trial in the libel case brought by Oscar Wilde begins, eventually resulting in his imprisonment on charges of homosexuality.

On this day in 1922, Joseph Stalin becomes the first General Secretary of the Communist Party of the Soviet Union.

On this day, in the year 1930, the man formerly known as Ras Tafari becomes Haile Selassie - the Lion of Judah - Emperor of Ethiopia. So put on a Bob Marley CD, light up a fat one, and get to jammin... Ja mon!

On this day in 1936, Bruno Richard Hauptmann is executed for the kidnapping and death of Charles Augustus Lindbergh, Jr., the baby son of pilot Charles Lindbergh.

On this day in 1948, President Harry S. Truman signs the Marshall Plan, authorizing $5 billion in aid for 16 countries.

After Triangle Publications bought up all the biggest regional television listings magazines in America - publications such as TV List, TV Forecast, TV Digest, Television Guide, TV God and The Idiot Box Times - the very first issue of TV Guide is published, nationwide, on this day in 1953. This is back in the day when we all still loved Lucy.

On this day in 1955, the American Civil Liberties Union announces it will defend Allen Ginsberg's book Howl against obscenity charges.

On this day in 1968, civil rights champion Martin Luther King Jr. predicts his own demise during the Mountaintop Speech. He would be dead, gunned down while chatting with well-wishers from a Memphis hotel balcony, within 24 hours. His killers have yet to be brought to justice.

On this day in 1981, the Osborne 1, the first successful portable computer, is unveiled at the West Coast Computer Faire in San Francisco.

On this day in 1988, Pittsburgh Penguin Mario Lemieux wins the NHL scoring title, putting an end to Wayne Gretzky's remarkable seven year streak, which causes the so-called "Great One" to cry like a freshly-spanked baby.

On this day in 1996, after an 18-year reign of Luddite terror during which he killed 3 and maimed 29, Ted "the Unabomber" Kaczynski is arrested at his tiny cabin in the Montana wilderness. He was turned in by his brother, who always was a whiny little snitch. On that very same day, an Air Force 737 carrying Clinton administration Commerce Secretary Ron Brown flies into a mountain in Croatia. All 35 passengers and crew perish in the crash, sparking a flurry of conspiracy theories, of both the Negro and conservative variety, that make a whole helluva lot less sense than even the craziest theories about what really happened on 9/11.

On this day in 2004, Islamic terrorists involved in the 11 March 2004 Madrid attacks are trapped by the police in their apartment and kill themselves.

On this day in 2008, Texas law enforcement cordons off the FLDS's YFZ Ranch. Eventually 533 women and children will be removed and taken into state custody. This one goes a lot better than the one at Mount Carmel with the Branch Davidians. No kills at all!
Posted by Jerky LeBoeuf at 3:00 AM