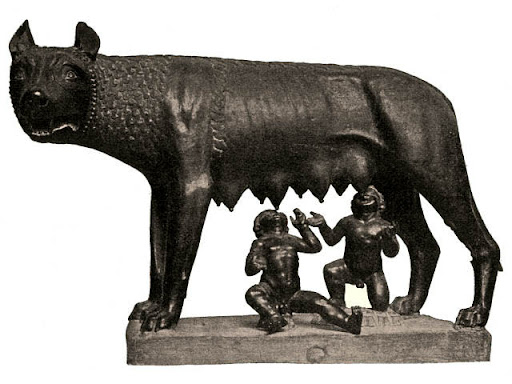 On this day in 753 BC, those bitch-tit-sucking twins Romulus and Remus found Rome. "Empire" ensues.

On this day in 1519, Spanish conquistador Hernán Cortés lands in Veracruz, on the east coast of Mexico, where he is greeted by the large native population. Things go about as well for those poor devils as yer old pal Jerky suspects it will go for us when the aliens – or extra-dimensional Archons, or whatever the fuck they really are – finally decide to stop pussyfooting around and initiate contact with someone other than gasoline-huffing NyQuil addicts from Squalor, East Virginia.

On this day in 1934, the "Surgeon's Photograph", the most famous photo allegedly showing the Loch Ness Monster, is published in the Daily Mail. In 1999, the photo is purportedly revealed to be a “fake” and a “hoax”. However, many serious questions remain about this supposed “debunking”. For instance, how would the hoaxers have known to make their “fake” monster look exactly like so many other photographs of lake monsters that would follow in their footsteps?

On this day in 1966, Ethiopian Emperor Haile Selassie visits Jamaica, an event now celebrated as "Grounation Day". Jamaica's Rasta believers considered Selassie - traditionally seen as a descendant of the Queen of Sheba and King Solomon - to be the prophesied Second Coming of Christ... the Messiah. They still do. But during his first visit to Jamaica, over a hundred thousand Rasta descended on the airport, smoking "spliffs" and "chalices", creating both a cloud of marijuana smoke and a human crush so dense that Selassie refused to de-plane. Eventually Rasta representatives climbed aboard to meet with Selassie, then emerged and instructed the crowds to be respectful and move back, which they did. The rest of his visit went smoothly.

On this day in the year 1986, intrepid sleuth Geraldo Rivera cracks open Al Capone's vault on national TV and finds ABSOLUTELY NOTHING, forever cementing the nation’s opinion of him as a first-class boob.

On this day in 1994, astronomer Alexander Wolszczan announces the first ever discovery of extra-solar planets. As of early 2013, astronomers have catalogued over 800 such planets, including a few potentially earth-like ones.