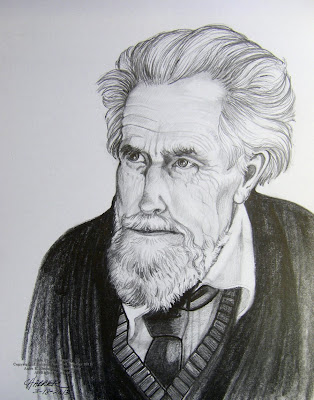 On this day in 1831, The University of Alabama is founded. Degrees are offered in a wide variety of disciplines including plantation management and cousin-fucking.

On this day in 1857, "The Spirits Book" by Allan Kardec is published, marking the birth of Spiritualism in France.

On this day in 1912, the Cunard liner RMS Carpathia brings 705 survivors from the RMS Titanic to New York City.

On this day in 1924, Simon & Schuster publishes the first crossword puzzle book.

On this day in 1930, the BBC reports that no news has taken place on that day, followed by some piano music and a return to that weird old-timey music like they play at the end of The Shining.

On this day in 1958, a United States federal court rules that American poet Ezra Pound should be released from St. Elizabeth's Psychiatric Hospital, the asylum where he'd been held since the end of World War II for making pro-Fascist broadcasts on behalf of Mussolini, among other insults to The Powers That Be. Prior to the First World War and for a short while after it, Pound had been one of the most - if not the single most - influential Western intellectual in the Modern tradition. He helped usher in the careers of everybody from T.S. Eliot and James Joyce to Robert Frost and Ernest Hemingway. Blaming the meat grinder slaughter of World War I on international capitalism and usury, he devoted his life to seeking out a more equitable monetary system and finding an alternative, more mystical view of life. He thought he'd found the latter in Fascist Italy. He was wrong, with tragic results.

On this day in 1980, the Republic of Zimbabwe (formerly Rhodesia) comes into being, with Canaan Banana as the country's first President. The Zimbabwean dollar replaces the Rhodesian dollar as the official currency. And they all lived happily ever after.

On this day in 1983, a suicide bomber detonates a delivery van packed with 2000 lbs of explosives outside the United States embassy in Beirut, Lebanon, killing 63 people, mostly embassy and CIA staff. It was the deadliest attack on a U.S. diplomatic mission up to that time, and the use of suicide bombing increased afterwards, culminating in the extremely destructive attacks on the U.S. Marine and French Paratrooper barracks in Beirut on October 23 of the same year, in which 299 French and American soldiers lost their lives.

On this day in 1996, in Lebanon, at least 106 civilians are killed when the Israel Defense Forces shell the United Nations compound at Quana where more than 800 civilians had taken refuge.

On this day in 2014, sixteen people are killed in an avalanche on Mount Everest. They probably shouldn't have been there anyway.
***
Posted by Jerky LeBoeuf at 3:00 AM