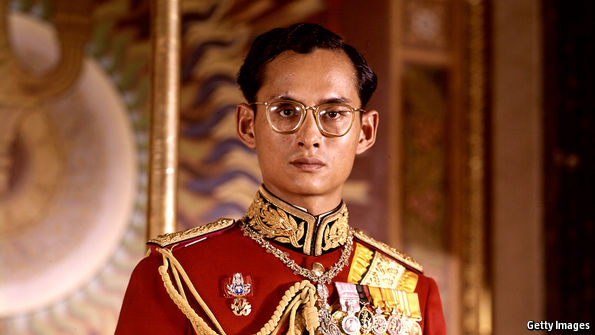 On this day in 53 AD, Roman Emperor Nero marries Claudia Octavia. Fifteen years later to the day, Nero commits suicide, thus ending the Julio-Claudian Dynasty and starting the civil year known as the Year of the Four Emperors.

The first legal corporation in the Americas is established on this day in 1650 when the Harvard Corporation establishes its charter.

On this day in 1946, Thailand’s King Bhumibol Adulyadej ascends to the throne, where he still sits to this day, having survived military juntas and coups and revolutions and more. He is currently the world's longest reigning monarch, with one of the most loyal group of subjects any reigning monarch could ever want to have... a fact which yer old pal Jerky found out the hard way a few years back..

On this day in 1954, US Army special counsel Joseph Welch famously rebukes Red Scare-mongering Senator Joseph McCarthy during the Army-McCarthy hearings on whether Communism has infiltrated the American military. Welch’s impassioned defense of a young subordinate whom McCarthy had smeared on live TV resonated across the nation: “Have you no sense of decency, sir, at long last? Have you left no sense of decency?” It was the beginning of the end for the vile thug Joe McCarthy.

On this day in the year 1978, the Church of Jesus Christ of Latter-day Saints, known to you and I as the Cult of Mormon, strikes down its long-standing policy of excluding black men from the priesthood, probably because they're running out of stupid white people to con into believing their sham mythology.

On this day in 1980, legendary comedian Richard Pryor accidentally sets himself on fire while freebasing cocaine. Badly burned over 80% of his body, it was a tragic irony that during his months-long hospital stay, Pryor added a variety of pain-killers and powerful laxatives to the already lengthy list of substances to which he was addicted.

On this day in 2001, FBI agent Robert Wright gives the FBI a mission statement he wrote that outlines his complaints against his agency. It reads, in part, “Knowing what I know, I can confidently say that until the investigative responsibilities for terrorism are removed from the FBI, I will not feel safe. The FBI has proven for the past decade it cannot identify and prevent acts of terrorism against the United States and its citizens at home and abroad. Even worse, there is virtually no effort on the part of the FBI’s International Terrorism Unit to neutralize known and suspected terrorists residing within the United States. Unfortunately, more terrorist attacks against American interests, coupled with the loss of American lives, will have to occur before those in power give this matter the urgent attention it deserves.” Three months later, almost to the day, the terrorist attacks of September 11 would take place.