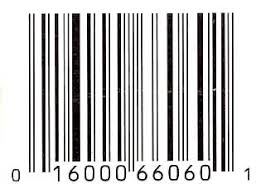 On this day in the year 1945, President Franklin Delano Roosevelt and Prime Minister Winston Churchill's plot to replace the doomed League of Nations with a new international organization to force their pinko-liberal agenda on ostensibly free nations in the postwar world came one step closer to reality when representatives from fifty nations gathered in the Herbst Theater auditorium in San Francisco (figures!) to sign the United Nations charter. The charter called for the U.N. to enforce international treaties, promote vile socialist programs, destroy national sovereignty by establishing international law, promote the dubious and sinister notion of so-called "human rights," and terrify many fine, upstanding Americans by building secret concentration camps right under our noses and flying black helicopters over empty fields throughout the Homeland's Heartland. Despite this endless parade of crimes against freedom and the Lord God Jesus, since 1945, the Nobel Peace Prize has been awarded to the United Nations, its organizations and officials a grand total of ten times, proving beyond a shadow of a doubt that this shadowy cabal of egg-head Swedes are totally in cahoots with these fascistic, would-be international overlords.

On this day in 1948, things were looking bleak in post-war Europe. The Soviet Union, upset over having been cut out of the decision-making process regarding Germany's economic future, had recently taken the rather bold, bullying move of imposing a military blockade, choking off all roads and rail-lines leading into the city of West Berlin, which was located entirely within the Soviet-controlled, East German zone of occupation. Figuring it would be bad form to spark World War III so soon after the end of World War II, President Harry Truman put the kaibosh on his Joint Cheifs of Staff, who recommended military retaliation. He opted instead to institute a massive airlift effort, flying in food, supplies and -- we can be pretty sure about this -- decks of cards with nekkid ladies on 'em to the city besieged. It was a public relations master-stroke that pretty much glued a black hat on the USSR, as far as Cold War role-playing game was concerned.

On this day in 1974, the Universal Product Code (UPC) stripey-bar thingy is scanned for the first time to sell a package of Wrigley's chewing gum at the Marsh Supermarket in Troy, Ohio. Next up? RFIDs!

On this day in 1975, two FBI agents and a member of the American Indian Movement (AIM) are killed in a shootout on the Pine Ridge Indian Reservation in South Dakota. Leonard Peltier is later convicted of the murders in a controversial trial.
Posted by Jerky LeBoeuf at 4:00 AM