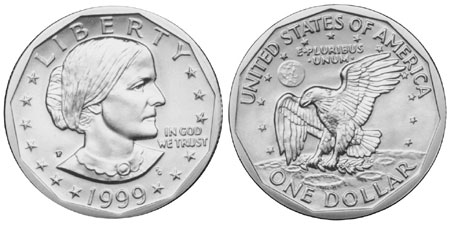 On this day in 1138, Lý Anh Tông is enthroned as emperor of Vietnam at the age of two, beginning a 37-year reign.


On this day in 1605, Guy Fawkes is arrested. So HAPPY GUY FAWKES DAY to all our jug-eared, snaggle-toothed friends in Jolly Olde Englande! Today is the day they celebrate the fact that a Catholic terrorist plot to blow up the Houses of Parliament - along with King James I - was foiled by a treacherous turncoat. This they do by lighting bonfires, setting off fireworks and burning effigies of conspirator Guy Fawkes, whose execution was marred by the fact that he slipped and broke his neck on the way to the gallows, thus denying the assembled spectators the satisfyingly cathartic public hanging they had gathered to watch.

On this day in 1862, in Minnesota, 303 Dakota warriors are found guilty of rape and murder of whites and are sentenced to hang. 38 are ultimately executed and the others reprieved.

On this day in 1872, in defiance of the law, suffragist Susan B. Anthony votes for the first time, and is later fined $100.

On this day in 1895, George B. Selden is granted the first U.S. patent for an automobile.

On this day in 1925, secret agent Sidney Reilly, the first "super-spy" of the 20th century, is executed by the OGPU, the secret police of the Soviet Union.

On this day in 1935, the Parker Brothers game company contribute to the steady unraveling of the fabric of Western society by launching Monopoly, a game responsible for more family punch-ups than you could fit in two dozen seasons of Jerry Springer.

On this day in 1967, the Hither Green rail crash in the United Kingdom kills 49 people. Survivors include Robin Gibb of the Bee Gees.

Acid-head Herbert Mullin was terrified that a monster earthquake was about to send California sliding into the Pacific Ocean as a sort of cosmic retribution against America for devastating South East Asia during the Vietnam War. So, in order to prevent this monster quake, Mullin did the only thing he believed might make a difference… he began offering up human sacrifices! The fucked-up fruit-cake killed his first of thirteen victims on this day in the year 1972.

On this day in 1979, Iran's Ayatollah Khomeini first identifies the United States as "The Great Satan." Chaos ensues.

On this day in 1990, Rabbi Meir Kahane, founder of the far-right Kach movement, is shot dead after a speech at a New York City hotel.

On this day in 1995, André Dallaire attempts to assassinate Prime Minister Jean Chrétien of Canada. He is thwarted when the Prime Minister's wife locks the door.

On this day in 2003, Green River Killer Gary Ridgway pleaded guilty to 48 counts of murder.

On this day in 2009, US Army Major Nidal Malik Hasan murders 13 and wounds 29 at Fort Hood, Texas in the deadliest mass shooting at a US military installation.


And on this day in 2015, in the Brazilian state of Minas Gerais, an iron ore tailings dam bursts, flooding a valley, causing mudslides in a nearby village and causing at least 17 deaths and two missing. Also in 2015, Rona Ambrose takes over after Stephen Harper steps down as the leader of the Conservative Party of Canada. Are these two events connected? Only the clown knows...