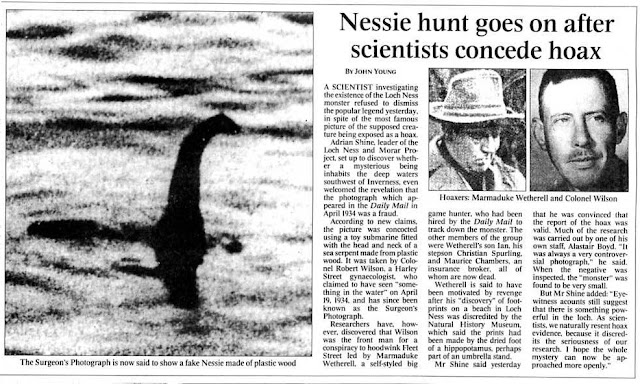 Twenty years ago today, during the post-election storm in the year 2000, the following information was posted at www.bushwatch.com, and promptly ignored. Seeing as the questions raised by the incident described below have never been properly addressed, yer old pal Jerky thought he might as well bring it up again, if only for memory's sake:


As you are aware heavily Republican Seminole County Florida was the last to finish its mandatory recount. The margin was down to about 229 and Seminole County votes added another 98 (net) to Bush. The reason for Seminole County's delay is that they voluntarily provided the complete recount, INCLUDING REJECTED BALLOTS, sought in Palm Beach etc. Yesterday afternoon local TV news carried pictures and an interview with a member of the Seminole County election board (Supervisor of Elections?) and local REPUBLICAN CONGRESSMAN DAN MICA who was present and interviewed. They were running each individual ballot through the voting machines. ANY BALLOT THE MACHINE REJECTED WAS THEN EXAMINED BY HAND, AND IF THE "WILL OF THE VOTER" COULD BE DETERMINED, THEY PREPARED A NEW BALLOT TO REPLACE THE ORIGINAL REJECTED BALLOT AND ADDED THIS NEWLY CREATED BALLOT TO THE COUNT. Naturally in a county Bush carried almost 2-1 this resulted in a net increase of Bush votes. Now in the Republican Seminole County Florida, under the leadership of CONGRESSMAN DAN MICA (R-Fla) acting on behalf of Bush.. The REJECTED VOTES WERE EXAMINED AND ADDED TO THE OFFICIAL TOTALS. If the Bush camp thinks that it is proper to examine by hand the rejected votes in Republican Seminole County Florida, AND to SUBSTITUTE NEW BALLOTS FOR THOSE REJECTED, how can this possibly be PROPER when done in Seminole County Florida and then be IMPROPER when done in Palm Beach County Florida?

Also on this day, in the year 1933, surgeon Hugh Gray takes the first known photograph of the Loch Ness Monster. Recently, high-resolution digital enhancements of the image revealed that the so-called monster was really just legendary TV funny-man Milton Berle doing the backstroke.

On this day in 2002, Iraq agrees to the terms of the UN Security Council Resolution 1441.
Posted by Jerky LeBoeuf at 3:00 AM