ON THIS DAY IN PARAPOLITICS, MAY 11 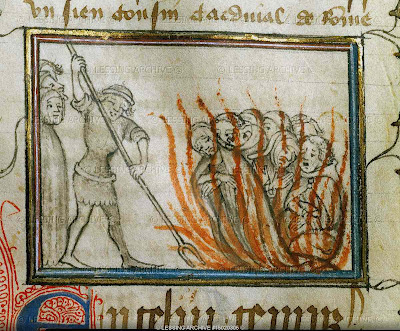 On this day in 1310, 54 members of the Knights Templar are burned at the stake as heretics in France. However, the 23rd and final "official" Grand Master of the Templars - Jacques DeMolay - survives nearly four more years before ultimately meeting a similar fiery fate on March 13, 1314.


On this day in 1812, Prime Minister Spencer Perceval is assassinated by John Bellingham in the lobby of the House of Commons, London. He is the first, and so far only, British Prime Minister to be assassinated while serving. Historian Andro Linklater's latest tome is controversially titled Why Spencer Perceval Had to Die, painting a not-so-likable portrait of the doomed PM, whereas this Telegraph UK editorial claims he deserves to be remembered for more than just being assassinated.


On this day in 1916, after nearly a year spent re-working some of the mathematics involved, renowned theoretical physicist and "world's smartest man" Albert Einstein presents his Theory of General Relativity to his peers. Basically, Einstein's conception of relativity is a geometric theory of gravitation, and it remains the current description of gravitation in modern physics. According to Wikipedia: "General relativity generalizes special relativity and Newton's law of universal gravitation, providing a unified description of gravity as a geometric property of space and time, or space-time. In particular, the curvature of spacetime is directly related to the energy and momentum of whatever matter and radiation are present. The relation is specified by the Einstein field equations, a system of partial differential equations." Simple, no? Of course, there are quite a few people who believe the whole thing is just a bunch of high quackery, and they opened a web forum to air alternative views.

On this day in 1927, showbiz pioneer Louis B Mayer forms the Academy of Motion Picture Arts and Sciences, without which we would have had no idea that The English Patient, Titanic and Shakespeare in Love were all actually very good movies, despite all evidence to the contrary.


On this day in 1949, the freshly-minted nation of Israel joins the United Nations. Eleven years later, on this day in 1960, four Israeli Mossad agents capture fugitive Nazi technocrat Adolf Eichmann, one of the architects of the "Final Solution to the Jewish Problem". Eichmann had been living in Buenos Aires, Argentina, under the alias: Ricardo Klement. There is no way in Hell he was the only high-ranking Nazi to escape Europe in this way, as future posts here at the Useless Eater Blog will hopefully prove to you, beyond any reasonable factor of doubt.

On this day in 1997, IBM's chess-playing supercomputer Deep Blue defeats Russian chess champ Garry Kasparov in the last game of the rematch, becoming the first computer to beat a world-champion chess player in a classic match format. After SkyNet takes over the world, this will probably be declared an official "Robot Holiday" or something. You just know those shiny metal bastards are going to relish rubbing our noses in it.
On this day in 1981, Jamaican music pioneer and Rastafarian prophet/saint Bob Marley dies of cancer at the age of 36... or does he?!

On this day in 1988, British spy Kim Philby dies in Moscow, where he "retired" after being sniffed out as a communist double-agent for the Soviet Union. His life story, at the provided link, is damn fascinating. The Rooskies even gave him a postage stamp! Check it out! 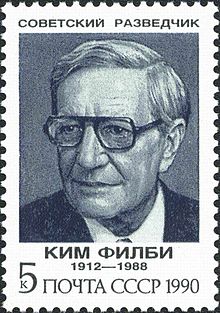