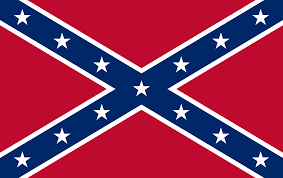 Also on this day, in the year 1600, Tycho Brahe and Johannes Kepler meet for the first time, on the outskirts of Prague. And if our schools still taught history, that might mean something to you.

On this day in 1789, George Washington is unanimously elected as the first President of the United States by the U.S. Electoral College.

On this day in 1846, the first Mormon pioneers make their exodus from Nauvoo, Illinois, westward towards Utah Territory.

On this day in 1861, representatives from South Carolina, Mississippi, Florida, Alabama, Georgia, and Louisiana convene to establish the Confederate States of America. If this little nugget of historical trivia gets you all misty-eyed and nostalgic feeling... then you might be a redneck!

On this day in 1974, 19-year-old newspaper heiress Patty Hearst is kidnapped from her Berkeley, California apartment by three armed members of the SLA, or Symbionese Liberation Army. The incident, in which Hearst is carried away, gagged and blindfolded, by three gun-blazing perps, was witnessed by dozens. A week later, the SLA demands that the Hearst family donate $70 in food to every needy person from Santa Rosa to Los Angeles, after which they would begin negotiations for Patty's release. Randolph Hearst hesitantly gave away some $2 million worth of food, but the SLA demands Heart pony up $4 million more. But then, three months later, in a taped statement, Patty Hearst declares that she has joined the SLA. Later, she takes part in a bank robbery in San Francisco, and another in Los Angeles. A month later, on May 17, police raid the SLA's headquarters, killing six of nine known members, but Patty and the others escape. Eventually, she gets caught, pleads brainwashing, gets sentenced to seven years anyway, eventually gets released, moves on to a second career starring in John Waters movies, then gets fully pardoned less than a year ago. She is currently working on the sequel to the most interesting movie she's ever been in, as star witness for the prosecution in her past

On this day in 1997, Theissman-winning grid-iron legend O.J. "the Juice" Simpson is found "liable" - as opposed to "guilty" - for the deaths of Ron Goldman and Nicole Brown Sugar, in a civil suit filed in the wake of the "not guilty" - as opposed to "innocent" - verdict, in his criminal trial. Sound confusing? It supposed to be! It's the LAW!

On this day in 1998, Microsoft founder Bill Gates gets a pie thrown at his face in Belgium. HA-ha!

On this day in 2004, Facebook, a mainstream online social networking site, is founded by Mark Zuckerberg.
Posted by Jerky LeBoeuf at 8:00 AM