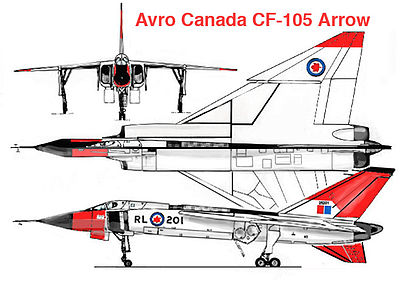 On this day in 1472, the islands of Orkney and Shetland are pawned by Norway to Scotland in lieu of a dowry for Margaret of Denmark.

Turnabout is fair play on this day in 1725, when ten Indians are scalped in their sleep by white settlers in New Hampshire, for the £100 bounty each scalp would bring.

On this day in 1792, the Postal Service Act, establishing the United States Post Office Department, is signed by President George Washington. Chaos ensues.

On this day in 1809, the Supreme Court of the USA rules that the federal government is more powerful than any individual state… especially Rhode Island.

On this day in 1909, publication of the Futurist Manifesto in the French journal Le Figaro.

On this day in 1929, the Boston Red Sox announce that they will begin playing baseball games on Sunday, prompting God to fortify the Curse of the Bambino.

Also on this day in 1933, Adolf Hitler secretly meets with German industrialists to arrange for financing of the Nazi Party's upcoming election campaign.

On this day in 1943, American movie studio executives agree to allow the Office of War Information to censor movies.

On this day in 1959, the Avro Arrow program to design and manufacture supersonic jet fighters in Canada is cancelled by the Diefenbaker government amid much political debate and pressure from the Americans for some reason. This effectively ends Canada's attempts at becoming a powerhouse in aviation technology.

On this day in 1962, astronaut John Glenn becomes the first American to orbit planet Earth, nearly a year after the Soviets launched kosmonaut Yuri Gagarin into orbit. All together now: "We're Number Two! We're Number Two!"

Also on this day, in 1971, the National Emergency Center mistakenly orders all US radio and TV stations to switch from programming to Emergency Alert, freaking out a whole lotta people for an entire half-hour before the error is caught, and broadcasts are allowed to continue.

On this day in 1986, the Soviet Union launches its Mir spacecraft. Remaining in orbit for 15 years, it is occupied for 10 of those years.

On this day in 1987, in Salt Lake City, a bomb explodes in a computer store.

On this day in 2003, a Pakistani Air Force plane crashed in a remote, mountainous region, killing Air Force chief Mushaf Ali Mir and 16 others. Aside from being one of our most important "allies" in the so-called "War on Terror," the nation of Pakistan is also where the Taliban originated, and still thrives. Further complicating things, General Musharaff has been tasked with simultaneously helping the hated Western "infidels" and holding back an Iran-style popular fundamentalist Islamic revolution, at home. Pakistan also has nuclear weapons, which sucks out loud when you consider that Musharaff is pretty much all that stands between "the button" and millions of Osama-loving fundamentalist lunatics who would love nothing better than to vaporize India, then Israel, then as much of the USA as they possibly can. You think car-bombs are bad? Wait'll you get a load of car-nukes!


Also on this day in 2003, in West Warwick, Rhode Island, concertgoers expecting to re-live their hard-rockin' high school days by taking in a Great White concert were instead sent screaming into the night by an out-of-control pyrotechnics display. The all-wood building where the concert was being held went up like a straw hat soaked in gasoline. Many were trampled in the rush to escape. Others asphyxiated on the thick toxic smoke. Still others were roasted alive where they stood. 99 people died, including Great White's guitarist.

On this day in 2009, two Tamil Tigers aircraft packed with C4 explosives en route to the national air force headquarters are shot down by the Sri Lankan military before reaching their target, in a kamikaze style attack. Wow. How come this is the first I'm hearing about this craziness?!
Posted by Jerky LeBoeuf at 8:00 AM