TWIN PEAKS AND THE BLUE ROSE, by Rocko Van Buren

We here at the Daily Dirt Diaspora family of websites are proud to bring you this illuminating Guest Post about some of the more obscure elements of the magnificent Lynch/Frost creation Twin Peaks by our brilliant friend Rocko Van Buren. Enjoy! - YOPJ

In the first few moments of Part 12 of the ongoing Showtime television event, Twin Peaks: The Return, the audience finally learns definitively what “Blue Rose” means in the context of Dale Cooper, Gordon Cole and the rest of the FBI. This exposition comes in a scene with FBI deputy director Gordon Cole, Albert Rosenfield and agent Tammy Preston sipping fine wine while seated in a private room at a hotel in Buckhorn, South Dakota, surrounded by red curtains (reminiscent of the mysterious Red Room itself), Albert explains Blue Rose is a secret extension of the now-closed, real-world Project Blue Book conducted by the U.S. Air Force to investigate UFO phenomena. 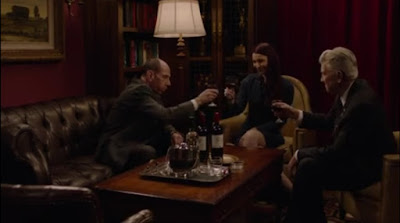 As the Air Force describes in it's own documentation, some of which is now publicly available through the Freedom of Information Act and quoted here from Wikipedia:


Project Blue Book was one of a series of systematic studies of unidentified flying objects (UFOs) conducted by the United States Air Force. It started in 1952, and it was the third study of its kind (the first two were projects Sign (1947) and Grudge (1949)). A termination order was given for the study in December 1969, and all activity under its auspices ceased in January 1970.
Project Blue Book had two goals:
1 To determine if UFOs were a threat to national security, and
2 To scientifically analyze UFO-related data.”

Prior to this revelation in Part 12 of The Return, fan-favorite character Maj. Garland Briggs from Twin Peaks original two seasons was the show's clearest connection to Project Blue Book and how the classified Air Force investigation connects to the White and Black Lodges of Twin Peaks lore.

Following a mysterious disappearance in Season 2 in the original run, upon which we will touch in greater detail later on, Briggs tells Cooper that even though Project Blue Book was disbanded, “There are those of us who continue in an unofficial capacity, examining the heavens as before, or in the case of Twin Peaks, the earth below. We are searching for a place called the White Lodge.”

Back in The Return, Albert explains to Agent Preston that Blue Book was shut down in 1970 as part of a “cover-up” that concluded the UFO phenomenon was not credible, and there was no resulting threat to national security.

“A few years later, the military and FBI formed a top secret task force to explore the troubling abstractions raised by cases Blue Book failed to resolve,” Albert explains. “We call it, 'The Blue Rose,' after a phrase uttered by a woman involved in one of these cases just before she died., which suggested these hazards could not be reached except by an alternate path we have been traveling ever since.”

Albert goes on to name the agents involved in this secret task force created by Cole – himself, lead agent Phillip Jeffries, Chet Desmond and the original show's main character, Dale Cooper. All of the special agents involved in Blue Rose, excepting Albert and Cole, have since disappeared. All this exposition is by way of recruiting The Return's newest FBI agent, Preston, into the fold of the Blue Rose task force. And thus we have the first explicit delineation from Project Blue Book straight to Blue Rose and the strange, occult aspects that surround the FBI's investigation into the murder of Laura Palmer in the Washington town of Twin Peaks (in the original TV series) and the murder of Teresa Banks in nearby Dear Meadow (in the film Fire Walk With Me).

While the original Twin Peaks run of 1990-921 owes much of its nostalgic love to its soap-opera-style story-lines, Cooper's frequent references to “damn fine coffee,” “the best cherry pie in the tri-counties,” and scenes like Audrey Horne engaged in a strange and seductive dance to music composed by Lynch collaborator Angelo Badalamenti, it is the lore and mystery of Twin Peaks that always attracted me most. And while this aspect of the story was certainly included in the original run of the series, it was never as prominent on ABC prime-time as it was later on in the show's darker, stranger cousin, Lynch's 1992 film Fire Walk With Me (which was my introduction to the world of Twin Peaks). Nothing in the Twin Peaks ecosphere compares to the dark strangeness of Fire Walk With Me (which was originally intended as a series of three films; however, part two and three were never filmed because of the poor critical and financial reception to its first installment). While the inability of Lynch to continue the story in the 1990s was certainly disappointing to hardcore fans, without that failure, we may not have ever been able to experience 2017's revival of Twin Peaks via The Return, in which Lynch and Frost have continued their legacy of breaking new ground in television entertainment.

OUTSIDE OF TIME AND SPACE


Of the many oddities in Twin Peaks, the Black Lodge and its denizens, Bob, The One-Armed Man (aka Mike/Phillip Gerard) and The Man From Another Place (aka the arm) are it's most persistent and vexing. Where do they come from? What is their purpose? While there are many theories surrounding Twin Peaks culture about the meaning and origin of this place and its inhabitants, most of them ignore the connection to Project Blue Book, UFO phenomena and the possibility of alien life. My analysis will attempt to connect the line from Blue Book to Blue Rose, from the idea of UFO encounters and alien visitors to inhabiting spirits like Bob and his cohorts.

To understand this, we must first reconsider the popular conception of aliens – we are not speaking here about extraterrestrial beings in the sense depicted in Steven Spielberg's films E.T. or Close Encounters of the Third Kind. These are not little green men in flying saucers, nor necessarily “Greys,” “Reptilians,” “Nordics,” nor any of the other alien races promulgated by popular culture shows like Coast to Coast AM. (although some images in The Return do bear a striking resemblance to the alien “grey,” notably the being credited as “The Experiment/Mother” in Part Eight, the being in the black box in Part One, and the first scene in Andy's vision from Part Fourteen).

Instead, we are speaking of aliens as inter/extra-dimensional beings that inhabit our world and adjacent worlds unseen, the type of spirits discussed in dozens of Hindu and Buddhist legends, and, most eloquently in 'western' society, by well-known UFO researcher and PhD Jacques Vallée. Vallée, not coincidentally, was the inspiration for Spielberg's character Claude Lacombe, played in Spielberg's film Close Encounters by François Truffaut.

In an interview with Jeffrey Mishlove on the public television program Thinking Allowed, Vallée discusses his 1979 book Messengers of Deception:

Read more »
Posted by Jerky LeBoeuf at 1:29 AM No comments: 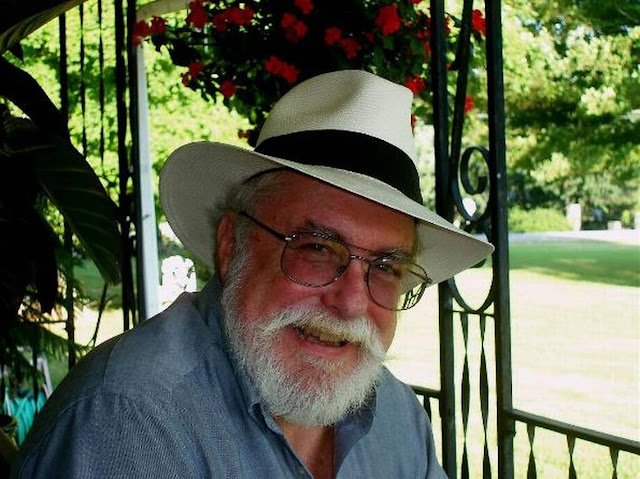 The Fort Worth Star Telegram recently reported what many in the conspiracy community will consider to be tragic news:


Jim Marrs, the author whose book Crossfire: The Plot to Kill Kennedy helped inspire the Oliver Stone movie JFK, died of a heart attack Wednesday at his home outside in Wise County. Marrs, 73, who worked as a Star-Telegram reporter between 1968 to 1980, didn’t just write about John F. Kennedy. He also authored books about everything from UFOs to population control.

Marrs also taught courses on the JFK assassination and UFO’s at the University of Texas at Arlington before retiring in 2007. In a 2003 Star-Telegram article, Marrs said lawyers, teachers, even an official with the Nuclear Regulatory Commission had taken his classes.

“They, like myself, have a natural and, I think healthy, questioning attitude about all this,” Marrs said. “What I tell people is, don't come here expecting me to have all the answers.”

On a personal note, your humble blogger read (and enjoyed) Crossfire, Rule by Secrecy, and Rise of the Fourth Reich, none of which achieved the academic rigor or journalistic integrity of the best of the genre (as exemplified, for instance, by Carroll Quiggley or Carl Oglesby), many of which were prone to flights of somewhat ludicrous fancy, but ALL of which contained intriguing ideas, dug up surprising facts, and made connections worthy of further study.

Those three are also very well written and highly entertaining, and I was able to use Rule by Secrecy as a sort of gateway book via which I was able to re-ignite my father's passion for studying alternative theories of history and politics... something for which I will always remember Marrs with fondness.

I was less fond, however, of his late-life cash-grab work that aimed to portray President Obama -- a mainstream, conservative Democrat whose fetish for decorum and bipartisanship hobbled his entire first term -- as some kind of Far Left "Communist" ideologue in the Castro/Chavez mold.

But... those books didn't sell very well, and it was a bandwagon Marrs didn't spend much time on, so I can forgive and forget. Thinking about it now, I would love to hear Marrs' take on Trump. Unfortunately, that's a book we'll never get to read.

Posted by Jerky LeBoeuf at 2:19 PM No comments: