On this day in 1469, Italian historian and political thinker Niccolò Machiavelli - author of The Prince and favorite philosopher of neoconservative Godfather Leo Strauss - is born.

On this day in 1616, prolifically productive wordsmith William Shakespeare is alleged to have died, although some people claim he passed away on April 23, while others claim he never even existed, at all.

On this day in 1802, America's capital city, Washington, D.C. is incorporated, featuring a distinctly diabolical layout, courtesy of Master Mason and civic planner Pierre Charles L'Enfante. Quite disturbing that the old esoteric saying "as above, so below" should apply to road maps as well as it does to... other things. 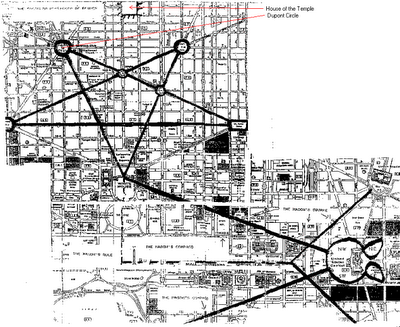 On this day in 1938, the Vatican officially recognizes Generalissimo Francisco Franco's government in Spain. In the forty years between his inauguration and the end of his murderous, fascist reign in the 1970's, it was never suggested that perhaps it might be a good idea to deny Franco the right to receive Holy Communion, as a symbolic show of disapproval for his brutal tactics. Come to think of it, they never said "peep" to Mussolini, either. American Democratic politicians, on the other hand...

On this day in 1963, the Reverend Doctor Martin Luther King Junior delivers his "I have a dream" speech. Meanwhile, in Birmingham, Alabama, the police force there decide to confront the Birmingham campaign protesters with fire-hoses, billy-clubs and vicious attack dogs. That night, newscasts around the world are filled with King's powerful oratory juxtaposed with scenes of brutal and violent police suppression.
Posted by Jerky LeBoeuf at 4:00 AM