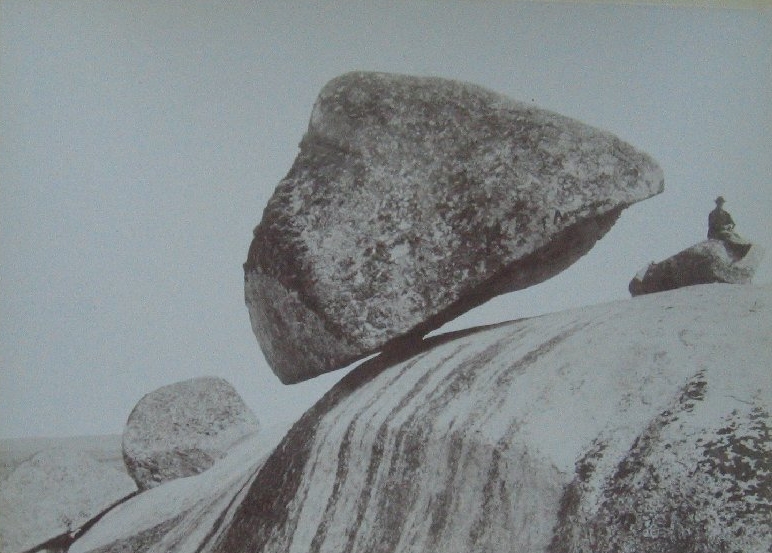 To compensate for this, three days are removed every 400 years. This adjustment is made by having an exception to the general rule that there is a leap year every four years. Instead, a year divisible by 100 is not a leap year unless that year was also exactly divisible by 400!

Anyway, just because February 29 only comes around with about a quarter the frequency of every other calendar day, that doesn't mean nothing ever happens on it! Here are a few things that happened... ON THIS DAY!

On this day in 1504, controversial explorer Christopher Columbus uses his knowledge of an upcoming lunar eclipse to convince a tribe of Native Americans to provide him with supplies. Tricky bugger.

On this day in 1912, the 300-ton "Piedra Movediza" (or "Moving Stone") of Tandil, Argentina, near Buenos Aires, falls and breaks due to either vandalism (fawk!) or vibrations from a nearby construction project (d'oh!).

On this day in 1940, actress Hattie McDaniel - who don't know nuthin bout birthin no babies -becomes the first African American to win an Academy Award. It is the Oscar for Best Supporting Actress, in recognition for her performance as "Mammy", in Gone with the Wind.

On this day in 1980, hockey legend Gordie Howe of the then Hartford Whalers makes NHL history as he scores his 800th goal.

On this day in 1988, for the first time ever, a member of the Canadian House of Commons comes out as gay. His name? Svend Robinson. He'd been serving since 1979, and he served until 2004. He won seven elections. And yet, in Canada, his permanent legacy is that of a bipolar gay guy who tried and failed to steal an expensive ring, effectively bringing his political career to a dead stop.

On this day in 2004, after a complicated series of gangland slayings and public riots, democratically-elected Haitian President Jean-Bertrand Aristide is removed from power (he says kidnapped) and flown to Jamaica, then South Africa, in a forced exile following a coup that was supposedly masterminded by the USA, France and (really?!) CANADA!
Posted by Jerky LeBoeuf at 12:40 AM