On this day in the year 73 AD, the Jewish fortress of Masada falls to the Romans after several months of siege... or not. The only thing we really know for sure about this legendary siege and the site on which it is located is that the remains found there - which were given a state funeral with full military honors by the Israeli government in 1982 - mostly consisted of (ahem) pig bones.

***
On this day in 1943, Swiss chemist Albert Hoffman accidentally ingests a small amount of the chemical byproduct known as LSD-25 while working at the Sandoz pharmaceutical research laboratory, thereby discovering its psychoactive properties. Since then, it's been a long strange trip through Nazi/CIA mind-control experiments, the offices of National Review Magazine, and really bad "jam" music.

Despite the fact that George Orwell had used the term Cold War to describe the simmering tensions between Western and Soviet bloc nations on two previous occasions, popular convention has it that the financier, presidential advisor and One World Government proponent Bernard Baruch coined the term on this day in 1947, in a speech given in South Carolina. Google "The Baruch Plan" for some startling and revelatory reading. 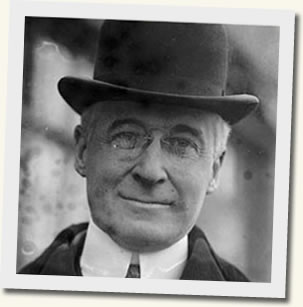 ***
On this day in 2007, the deadliest killing spree in modern American history takes place atVirginia Tech, when an apocalyptically awkward South Korean student by the name of Seung-Hui Cho -- or was it someone else? -- guns down 32 and injures another 23 before turning the gun on himself. The fact that his sister works for McNeil/Veritas, a company with deep ties to the American intelligence apparatus, is of no interest whatsoever. And the fact that he went to high school with another "deranged lone nut-job" assassin is just one of those crazy coincidences that so often pop up in events of this nature. 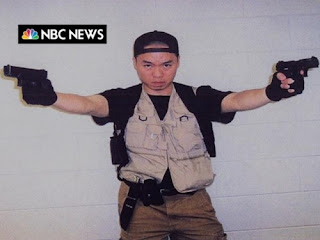