American International Pictures (AIP) was legendary for churning out an endless stream of product for the nation's movie theater and drive-in screens. They made them fast, and they made them cheap, and most of the time, it was easy to tell. However, hidden among the rock and roll beach romps and teenage werewolves, aliens and cavemen, one occasionally finds the odd shining gem. 1968’s Generation Gap “youthsploitation” satire Wild in the Streets is one such gem. 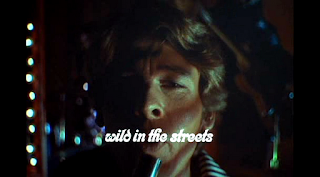 Wild in the Streets is the story of rock and roll singer Max Frost, whose massive popularity allows him to become both a political force and a messiah of the “youth liberation” movement. After folk singer Phil Ochs turned down the role, producers went with James Dean look-and-sound-alike Christopher Jones.

Max first gets political by backing the Senatorial ambitions of Johnny Fergus, a Kennedy clone, played by Hal Holbrook. Fergus supports lowering the age of suffrage from the then-current 21 to 18. 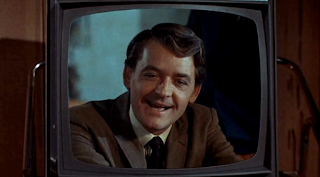 At a rally for Fergus, Frost electrifies the audience by advocating a voting age of 14 and debuting the rabble-rousing protest song “Fourteen or FIGHT!” 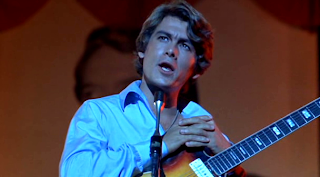 The masses take this message to heart and after some back-and-forth between the political establishment and Max’s band and brain-trust, everyone agrees to the less controversial platform and slogan: “Fifteen and Ready.”

Fergus is swept into office on the youth vote. Max’s gang then use the only member of their entourage old enough to run for office – blissed-out former child star and acid casualty Sally LeRoy – as their puppet in Congress. They succeed in amending the Constitution to allow Max to run for the Presidency, which he does on the Republican ticket. Thanks to a wave of public anger over a police massacre of young demonstrators--a truly chilling cinematic premonition of the Kent State Massacre, which was still two years away at the time--Max gets elected and almost immediately assumes dictatorial powers

Wild in the Streets is a remarkable film on a number of counts, over and above its tremendous commercial success. Though decades of hindsight render its satirical ambitions all too obvious, it was taken as a dead serious Orwellian warning upon its release. This is most likely because Wild in the Streets is, at its core, a deeply conservative film. In fact, upon close inspection, its politics are damn near reactionary.


It is now beyond any serious dispute that The Powers That Be believed the revolutionary counter-culture embraced by the Baby Boom generation to be a legitimate cause for concern. It’s the reason why J. Edgar Hoover’s filing cabinets were swollen fat with dossiers on everyone from the Kennedys and Martin Luther King to Bob Dylan, John Lennon and even Leonard Bernstein. Wild in the Streets is a cinematic thought experiment, a reductio ad absurdum based on the Establishment’s often revealingly fetishistic Generation Gap obsession. It works exceedingly well on a number of levels, and it’s a film deserving of deep and detailed study by observant students of the cinema, of the role politics plays in entertainment, and of the role the entertainment industry plays in politics.

This article, unfortunately, is not an example of the sort of scholarship for which I am calling. The insights I wish to share here are less academic and more – if I may use a phrase that I am attempting to coin – “para-cultural” in nature. By that I mean they involve certain factors, modalities of thought, and key players that fall outside the realm of so-called respectable, mainstream discourse, existing in a kind of witchy, pan-paradigmatic, Jungian Twilight Zone, where it’s okay if the concepts being explored are half-baked, the gestalt half-gelled.

Even with all of the above caveats, I feel compelled to add another. By no means do I intend for this essay to be the final word on Wild in the Streets as an object of para-cultural study. I may revisit it again soon, myself, and I urge other para-cultural researchers and commentators to do so as well. There are many strange connections, odd personalities and spooky “coincidences” surrounding this film that have yet to be sufficiently explored.

This is, after all, the film in which a young Richard Pryor is rumored to have urinated on Shelly Winters’ head during filming. Or did the legendary comic simply have to sleep with Winters to get the part, as long-time Pryor friend and cohort Paul Mooney suggests? We’ll probably never know for sure. 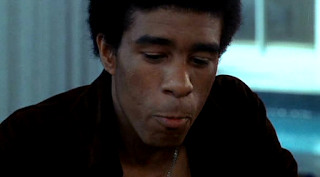 Also, much has yet to be revealed about the film’s troubled young star, Christopher Jones. Jones, who was intimately entangled in the lives of both Jim Morrison (a second doppelganger) and Sharon Tate in their tragic final days. Jones, who decided to give it all up at the peak of his popularity, dropping out, and living quietly on his savings, renting out the caretaker’s cottage at the Cielo Drive estate where Tate had so recently been butchered by Charles Manson's "Family". When considered alongside the aforementioned Kent State premonition, this film is fertile ground, indeed.

For today’s article, however, I will limit my observations to one particularly haunting synchronicity that I stumbled across during my most recent viewing of the film in question.

Allow me to explain.

In the film, Max’s band and political brain trust are one and the same. The core of this entourage consists of one-handed bassist and trumpet player Abraham “The Hook” Saltine, drumming anthropologist Stanley X – played by the afore-mentioned Richard Pryor – and Billy Cage, 15-year-old accountant, business advisor and lead guitarist. Besides having an IQ of 186 and being the youngest person ever to graduate from Yale law school, Billy is also the token homosexual in Max’s groovy entourage; a fact that is obliquely referred to numerous times throughout the film. It is the character of Billy Cage, played by actor Kevin Coughlin, that concerns us now. 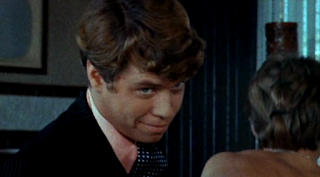 Early in the film, Max and his gang watch Johnny Fergus discuss lowering the voting age during a TV interview. This sparks a band discussion:

Now, here’s the thing. According to the Internet Movie Database, Kevin Coughlin – the actor who played Billy in the scene from which the above transcript was taken – DIED on January 10, 1976… at the tragic, tender age of 30 YEARS OLD. A Kevin Coughlin fan site put together by Ivan Beshkov provides information that is, for some reason, unavailable at Wikipedia, IMDB or any of the other usual celebrity information sites:

At 1:30 a.m. on January 10, 1976 Kevin and wife Marcia were returning from a party or dinner with a friend. The car was parked near the corner of Ventura and Whitsett. Kevin was cleaning the windshield, Marcia was in the car. Kevin was hit by a speeding car, hurled 63 feet in the air, and landed in a parking lot with broken hip and legs. He was transported by helicopter to USC Medical Center in East Los Angeles, where he lingered on for ten days, probably without regaining consciousness. On January 19 he succumbed to complications from bronchopneumonia. He was laid to rest in Gate Of Heaven Cemetery, in Hawthorne, New York. … The irresponsible driver, a 50 year-old man, was tried in Van Nuys. … The hospital records and police report are no longer available, as they are routinely destroyed 8 years after the fact.

Apparently, Mr. Beshkov and I are the only people interested in poor Kevin Coughlin anymore, because over the last few days, I have found details about his death to be almost as difficult to come by as are details about his post-Wild in the Streets career. Despite dying young, and under tragic circumstances – and despite being a prominent child actor who overcame the handicap of being born with two club feet – the industry papers were all curiously and unanimously silent about Coughlin’s demise. I have tried contacting Mr. Beshkov to see if he’s had any luck in ferreting out more information – such as the identity of the man who ran Coughlin over. If I get a reply, I will relay that information here. 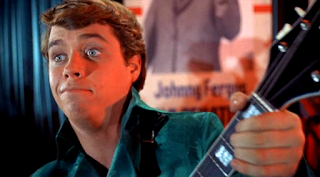 In the meantime, I am left to ponder a few unconnected facts. For instance, after portraying a predatory underage homosexual in Wild in the Streets, Coughlin played a straight man posing as gay to dodge the draft in the subversive box office hit The Gay Deceivers… a film which, much like Coughlin himself, has disappeared almost without a trace.

I can’t put my finger on it, but there’s something about what happened to Coughlin after Wild in the Streets that keeps bringing me back to the profound conservatism at the heart of that film. It’s a conservatism which, contrary to popular mythology, has always lurked beneath the surface glitz of that dangerous old factory town of Hollywood.

Do I believe that someone arranged for Kevin Coughlin to die violently at the age of 30 – like his character predicts in the film – as some kind of twisted, elaborate, inside joke? I do not. Do I believe that there were people in Hollywood at that time with the resources, the underworld connections and, perhaps most importantly, the wanton sadism necessary to commit such a crime?

You bet your ass I do.
Posted by Jerky LeBoeuf at 2:29 PM

Email ThisBlogThis!Share to TwitterShare to FacebookShare to Pinterest
Labels: Conspiracy Cinema, Conspiritainment, paraculture, Satire, The Powers That Be