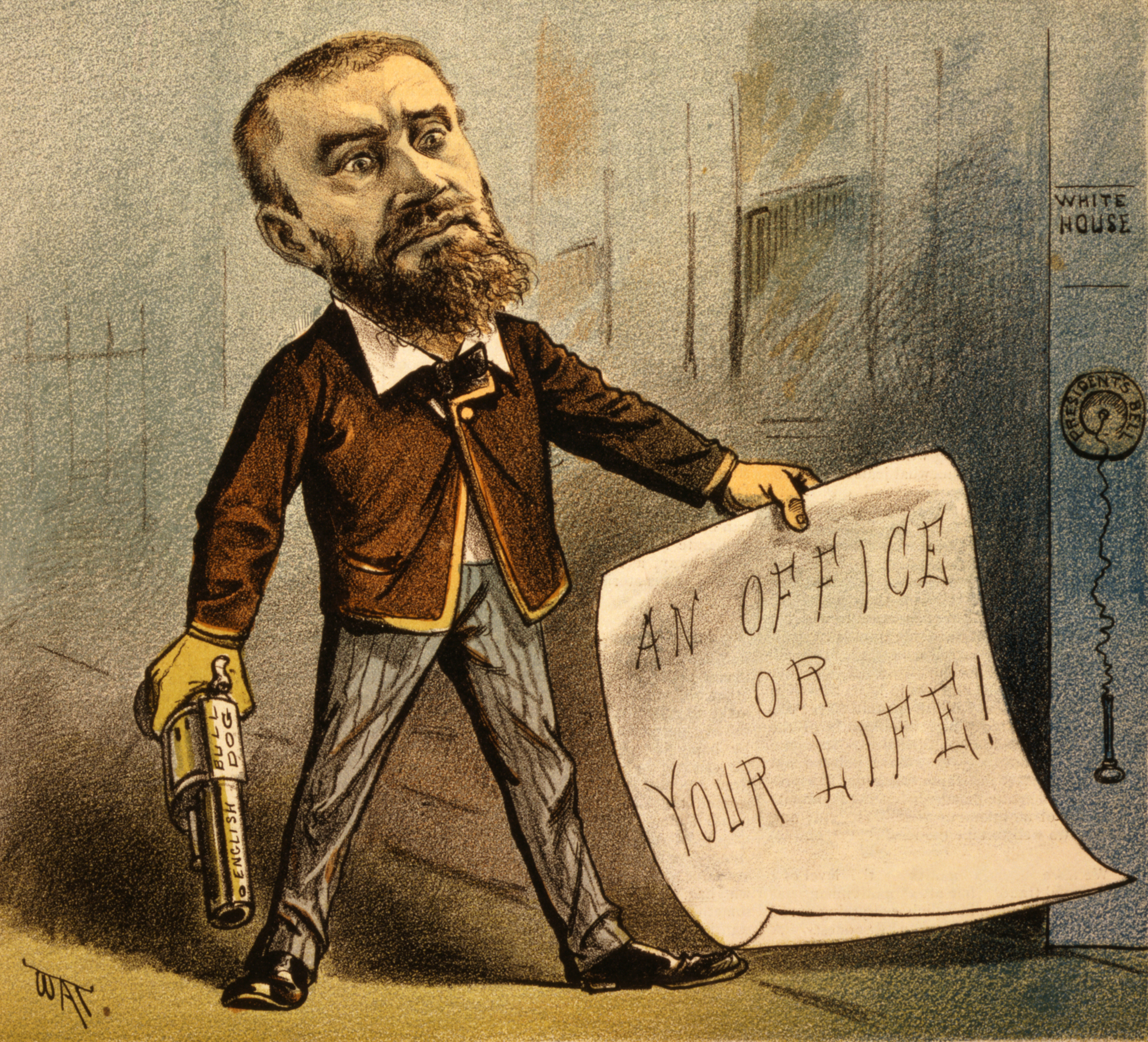 On this day in 1882, American preacher, lawyer, political writer and spurned stalker Charles J. Guiteau is hanged by the neck until dead in Washington DC after being found guilty of assassinating US President James Garfield, who died eleven weeks after Guiteau shot him.

On this day in 1905, world historic genius physicist Albert Einstein publishes the article On the Electrodynamics of Moving Bodies, in which he introduces special relativity. Very few people understand it, to this very day.

On this day in 1908, a gigantic, gaseous fireball slams into the Siberian tundra at Tunguska, leveling trees for thousands of square miles. Some folks claim the incident was actually a UFO crash-landing, while others believe the explosion was caused by a small asteroid. Personally, I believe that there was a lot more to it than just that. Something... strange and otherworldly, perhaps.

The so-called Night of the Long Knives took place on this day in 1934. Himmler, Goering and Goebbels convince Hitler that he needs to get rid of Ernst Roehm, who controlled the 3 million-strong Sturm Abteilung Brownshirt militia, without which Hitler probably would not have been able to seize power in Germany in the first place. Roughly 400 Nazi party members, including Roehm, are killed in the purge, which is only revealed to the German public half a month later.

On this day in 1966, the United States' largest feminist organization - the National Organization for Women, or NOW - is founded in Washington DC. Today, it has over half a million dues paying members in over five hundred chapters all across the USA.

On this day in 1971, the three-man crew of the Soviet Soyuz 11 spacecraft is killed during an accidental catastrophic depressurization event, causing their air supply to escape through a faulty valve coupling. Theirs remain the only human deaths in outer space (as opposed to the high atmosphere deaths of those killed in Space Shuttle missions).

On this day in 1987, the Royal Canadian Mint introduces Canada’s new $1 coin to replace the paper banknote. Canadians immediately start referring to it as the Loonie, after the aquatic bird that graces one side of it.

On this day in 1997, the United Kingdom transfers sovereignty over Hong Kong to the People's Republic of China. In hindsight, the transition appears to have gone off without a hitch or hiccup, and Hong Kong residents enjoy a certain degree of autonomy and freedom of expression not allowed to their mainland compatriots to this very day.
Posted by Jerky LeBoeuf at 3:31 AM